Once we look into the pre-industrial age from the perspective of creativity, we observe the high-level creative performance of our ancestors. However, their creativity was based on knowledge residing in the art form, and intuition-centric tinkering. Hence, they could not scale up their inventions and innovations. However, science in the medieval Islamic world started the formation of the scientific knowledge creation capacity of the human race. Subsequently, that seeded the formation of industrial revolutions.

The pre-industrial age refers to the way our accessors used to execute their jobs before the advent of the first industrial revolution, which occurred from 1760 to 1850. Often, we are curious about our ancestors’ living in the pre-industrial age. In comparison to the modern age, they used to live in a primitive society. However, we have some obvious questions. Does it mean that they were less creative than us? Did they invent any technology and innovate tools or products to keep performing their jobs better? Did they make any contribution in forming the foundation of subsequent industrial revolutions?

Invention and innovation for getting jobs done better

Our invention process begins with the formation of knowledge through observation of physical phenomena in the form of art. We use this knowledge to generate ideas of tools and techniques for performing different tasks better than before. With the help of tinkering, we transfer those ideas into products and processes to produce them. In modern times, it could be compared with ‘Jugaad’ in Hindi, which refers to the formation of improvised or makeshift means through intuition-centric tinkering.

In the pre-industrial age, our ancestors’ knowledge about natural resources was in the art form. Hence, through tinkering, they used to invent technologies and innovate solutions. For example, they innovated an array of farming tools, like a scratch plow. They used to use animal energy to operate them. They also innovated a number of hunting tools like arrows and bows. Their success in domesticating crops and animals,l and innovating farming tools and techniques gave a significant boost to their ability to produce food as per need. In fact, there were as creative as us. Nevertheless, their invention and innovation progress were very slow due to the formation of knowledge in the qualitative form and tinkering reliance.

Upon succeeding with animals’ domestication and harvesting their energy in agriculture and transportation, they focused on extracting energy from wind and water. They invented water wheel technology for converting the energy continued in the flow of water to a rotating motion. As a matter of fact, we still use this technology to produce electricity by rotating turbines with steam and water flow. The earliest literary reference to a water-driven, compartmented wheel appears 280−220 BC. Since its invention, this vital technology kept progressing through tinkering for fueling energy innovation. The human race began to transition from human and animal muscle labor to mechanical labor with the water wheel’s advent. Hence, harnessing water-power enabled gains in agricultural productivity, food surpluses, and large-scale urbanization starting in the 11th century.

Our ancestors in the pre-industrial age also made significant progress in inventing technology and innovating solutions for harnessing wind energy. As early as 5,000 BC, people used wind energy to propel boats along the Nile River. Wind-powered water pumps came into existence in China in 200 BC. Wind energy innovations in the form of windmills with woven-reed blades led to grinding grain in Persia and the Middle East. Like water, wind energy harvesting made a significant economic contribution. Particularly, the technology’s success in harnessing wind led to a revolution in transportation through waterways.

Tools and techniques in the pre-industrial age

In our recorded history, the journey started with the invention of a technique for producing fire through rock pieces’ friction. The stone age period lasted roughly 3.4 million years; that ended between 8700 BCE and 2000 BCE. Our ancestors innovated stone tools with an edge, point, or percussion surface through stone shaping technology during this period. They used those tools for getting hunting and other jobs done better. Their progression of producing metal by processing ores led to the invention of metal tools, which became a far better substitute for stone tools. Among many other tools, the bow and arrow appear to be a remarkable achievement of our ancestors. The oldest known evidence of arrows comes from a South African site. In this site, remains of bone and stone arrowheads have been found dating to approximately 70,000–60,000 years ago.

Automata and Robotics in the pre-industrial age

Although we are unfolding the fourth industrial revolution with the advent of intelligent machines like Robots, our ancestors started the journey in the pre-industrial age. As early as the 10th century BC, mechanical automata were constructed in the Western Zhou Dynasty, in ancient China. In the 7th century, the knowledge on how to construct automata was passed on to the Arabs. Among notable demonstrations, Harun al-Rashid built water clocks with complicated hydraulic jacks. Arab engineers Banu Musa and Al-Jazari published descriptions of hydraulics. They also further advanced the art of water clocks. Al-Jazari invented water wheels with cams on their axle, which led to operating automata used in automatic gates and doors. Subsequently, Europeans learned automata from the Muslims, perhaps, which was transmitted during Muslim-Christian contact in Sicily and Spain.

Muslim era of science and technology

As explained, the invention and innovation were based on the art form of knowledge and intuition-centric tinkering in the pre-industrial age. Due to the lack of scientific knowledge of the underlying phenomena, our ancestors faced the limit of scaling up their valuable inventions and innovations. Hence, despite numerous successes of creativity, the progress was slow. During the period roughly between 786 and 1258, the human race started making an entry into the era of science. This entry was pivotal for finding means of fine-tuning and scaling up the initial inventions of our ancestors. During this Islamic golden age, science in the medieval Islamic world unfolded.

Islamic scientific achievements made contributions and formed the foundation of many modern disciplines of science, especially astronomy, mathematics, and medicine. Some of the other disciplines are alchemy and chemistry, botany, and agronomy. Contributions of Muslim Scientists in geography and cartography, ophthalmology, pharmacology, physics, and zoology are also notable.

During this period, Muslims practiced science both for practical purposes and for the goal of understanding. For example, astronomy was useful for determining the direction in which to pray. Similarly, botany had practical applications in agriculture. Subsequently, European learned from the Muslims in pursuing scientific knowledge. The human race’s this success in developing scientific relations between underlying variables of physical phenomena opened the door of scaling up inventions, which led to remarkable growth. Such unprecedented high growth started showing up a sharp contrast between ages, giving birth to subsequent industrial revolutions.

Human progression could be modeled as an S-curve of a typical technology life cycle. In the beginning, there is a high level of uncertainty and a lack of scientific knowledge. As a result, the progress at the early stage is very slow. However, once progress is made in the theorization of observations through scientific knowledge, progress ramps up. In retrospect, it appears that our ancestors made significant contributions in our journey of uplifting our quality of living standards through inventions and innovations. However, their knowledge was in the form of art, and the methodology of creating better means out of it was based on tinkering. Hence the progress was extremely slow.

However, progress in science in the medieval Islamic world, roughly between 786 and 1258, was the beginning of transferring art into scientific knowledge. In fact, our ability to transfer art forms of understanding into scientific knowledge led to scaling up our inventing and innovating activities, subsequently giving birth to industrial revolutions. Hence, it’s not unfair to reason that the pre-industrial age seeded subsequent industrial revolutions. 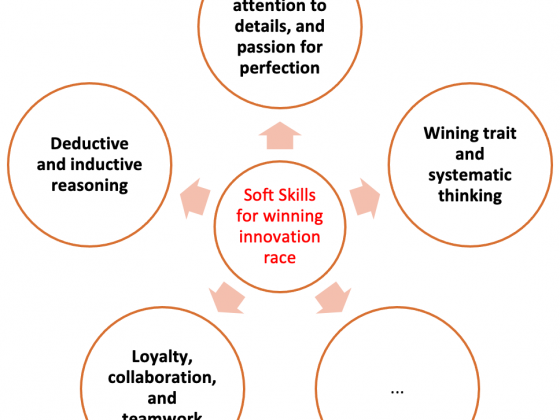 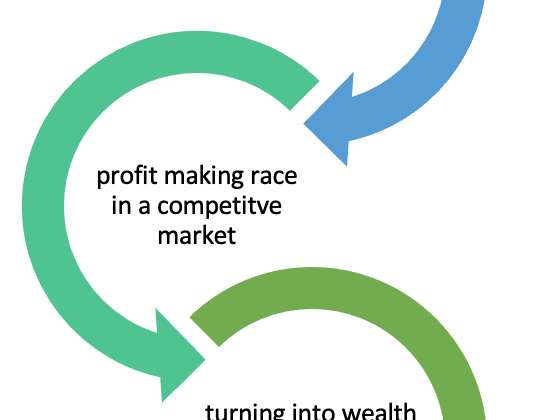