Mainstem media, including The Economist, ran dozens of articles spreading the news that “Autonomous vehicles are just around the corner.” Furthermore, even Think Tanks and academic publications were echoing the same news. Their collective efforts made people believe that self-driving cars will profoundly change the way people live. The belief went further, stopping American youths from going for professional driving occupations. Those same publication houses are either quiet or making the news that autonomous vehicles are late to show up as they are caught in traffic jams. What has gone wrong needs to be investigated, as such incorrect predictions lead to wasteful investment, and improper preparation of the society to accommodate change? It’s not good enough to blame Silicon Valley hype around artificial intelligence. Is it fear to say that autonomous vehicles are in Death Valley as opposed to arguing that they are in a traffic jam?

However, it’s not the first time that wave of autonomous vehicles had disappeared. As a matter of fact, this is the fourth time in a row. Of course, that does not mean that the human race will stop here and forget it forever. They will likely realize the limitation of the current wave and regain the strength to start the next wave. It’s time to reflect and investigate limitations so that the next wave will likely succeed to cause creative destruction to the age-old way of using automobiles.  There were also speculations that it would also cause disruption to existing firms, as the car ownership model would change.

The journey of automobiles started in 1887 with the issuance of a patent to Carl Benz. We have been using automobiles for the last more than 100 years. Driving automobiles has become part of our culture. But why are we crazy about autonomous or robotic vehicles? Is it just to show technology superiority or to make some money by killing the jobs of poor drivers or chauffeurs? In fact, it’s far more than this.

Due to its immense usefulness, we produce 100 million-plus automobiles per year, taking the total automobile population to 2 billion. The automobile is the single largest industry producing closed to 4 trillion-dollar global sales. On top of it, the automobile is the major customer of the 3 trillion-dollar oil economy. However, it has many limitations. One of them is a road accident. Statistics indicate that as high as 1.35 million people are killed due to road accidents around the world. Road traffic crashes involving cars, buses, motorcycles, bicycles, trucks, or pedestrians are killing almost 3,700 people globally every day.

Furthermore, many suffer from fatal injuries. Economic costs from these accidents are as high as 2% of global GDP. Unfortunately, developing countries are worse sufferers. Some of the countries like India have been suffering from a 3% GDP loss due to road accidents.

Overcome human limitation to save lives and reduce economic loss

One of the main reasons for accidents is human error. In addition to intoxication, fatigue, inexperience, traffic rule violation, and lack of attention, human beings suffer from inherent limitations. A healthy human being needs at least 700 ms to sense and respond to a suddenly occurring situation. While you are driving at 80kms, your car will travel 15 meters during this period. Even if you are fully alert, your control measure like applying break will not come into effect before your car travel at least 15 meters.

Most of the accidents happen due to this inherent limitation of human beings. It’s the understanding that autonomous vehicle technology offers us the only option to overcome this limitation. If we succeed, we will reduce accidents, deaths, injuries, and GDP loss. We will also accommodate more cars in our existing highways and road networks as we will be able to safely reduce intervehicle distance.

This wave of the autonomous vehicle started at the dawn of the 21st century. Google is credited for triggering this wave. It began with the race in the USA. In 2004, DARPA (the Defense Advanced Research Projects Agency) offered a $1 million prize for the winning team of finishing a 150-mile course in the Mojave Desert. However, no team was successful in winning that prize money. Successive events led to the formation of this wave. Before it, another wave (3rd) started in the early 1980s from DARPA-funded autonomous vehicle projects at Carnegie Mellon University.

The 2nd wave originated in the 1950s and 1960s. There were several demonstrations with the projection that by 1975, autonomous cars would be a reality. Notable ones are: reporters were allowed to “drive” autonomous cars at RCA Lab’s headquarters in Princeton in June 1960. Subsequently, General Motors showcased its Firebirds, demonstrating an “electronic guide system [that] can rush it over an automatic highway while the driver relaxes”. However, this ended up with the UK’s testing of a driverless Citroen DS that interacted with magnetic cables that were embedded in the road.

Almost 100 years ago, the first wave of the autonomous vehicle started. In 1925, radio-controlled “American Wonder” 1926 Chandler traveled up Broadway and down Fifth Avenue. However, the wonder came from the following car sending radio impulses caught by the transmitting antenna and used to operate small electric motors that directed every movement of the car. However, over the last 100 years, there has been significant progress in technologies. Particularly, the present technology portfolio appears to be highly superior to used in the past three waves.

Some of the major technologies used in modern autonomous vehicles are cameras, LIDAR, GPS, 5G connectivity, radar, acoustic sensors, machine learning, smart technologies, cloud-based data processing and storage, local data processors, and artificial intelligence. Many of the autonomous demonstration cars have multiple of these modules. For example, the Tesla autopilot system has eight external cameras, a radar, and 12 ultrasonic sensors. These technologies assist in guiding cars from a highway’s on-ramp to off-ramp, suggesting lane changes, lane change, and parallel parking. But, in self-driving mode, the driver should be vigilant and take control back while the autonomous driving module starts showing signs of stupidity. However, despite having such a strong technology portfolio, autonomous vehicles are in death valley. Such a sad reality raises serious questions about our technical capability and drivers’ capacity.

Over the last 10 years, there has been a race in investing autonomous vehicle R&D and demonstrating the progress. Notable players in the race are Google, Tesla, Baidu, General Motors, Toyota, Nvidia, Ford, nuTonomy, BMW, and Oxbotica. Furthermore, technology companies are also investing in it. For example, Intel has bought MobileEye at a price of $15.3 billion for offering autonomous driving chipsets. According to a study by Brookings Institutions, since 2014, there have been more than $80 investments in autonomous vehicles R&D.

Of course, there has been advancement. Starting from Google to Tesla, many of them have shown their cars running autonomously on high ways. However, in all those cases, human drivers were sitting behind the steering wheels. While autonomous units were driving vehicles, human drivers remained watchful and took over control back upon sensing the failure of the autonomous unit to cope up. The exercise of taking back control to avoid likely accidents is known as disengagement.

As opposed to progressing, the performance of the autonomous vehicles is oscillating

What is the underlying cause of oscillating performance? The oscillation is the inherent weakness of the underlying Neural Network-based learning algorithms. Irrespective of the depths of the hidden layers, upon reaching some training exercise, any neural network-based learning module shows this behavior. It appears that the neural network-based memorization technique is not sufficient for developing acceptable autonomous driving capability. For this reason, many of the potential AI innovations will likely get caught in death valley at the last moment. Therefore, we should look for smarter learning and decision-making algorithms.

There has been wide speculation that we are capable of building humans’ intelligence in physical machines, making them cyber-physical systems. These cyber-physical systems will work autonomously without the need for human presence in the control loop. Therefore, productive activities of the world will be running independently without the need for human touch. Based on such assumptions, there have been massive job loss forecasts, like 800 million job losses by 2030. On the one hand, we have a weak understanding of technology capability. On the other hand, detailed knowledge of human roles, particularly the need for innate abilities, is yet to be attained. As a result, we have come up with predictions having gross inaccuracy. Hence, along with autonomous vehicles, the fourth industrial revolution will likely be on a very slow lane. Furthermore, it may turn out to be an evolution as opposed to a revolution. 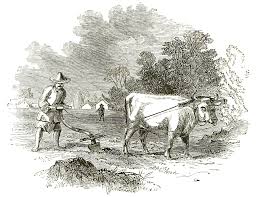