Where are Japanese innovations in the digital age? Unlike the past, Japanese innovations no longer create headline news in popular media. However, that does not mean that Japan has become weaker. Instead, the Japanese journey of creating wealth from science and technology is deepening at the core, leading to scientific discoveries and technological inventions. Due to the bottom-up approach, Japan has strong complementary capacities to commercialize them, often in the form of core components and process innovations.

Japanese image sensors are the eyes of the digital age

Our eyes are the most powerful organs to connect us with the physical world. For the digital age, image sensors play a similar role. An increasing number of products have built-in image sensors. Smartphones are not just an exception. There has been a challenge to improve resolution, reduce noise, increase contrast, and enhance depth to meet our growing requirement from the image sensor. It requires a strong base in intellectual assets and continued R&D. Besides, it requires strong process innovation capability. In this remarkable technological innovation, Japan is at the forefront. However, Japan’s such leadership is hard to beat, let alone copycat.

The journey started with the licensing of image sensor technology from the Bell laboratories. Unfortunately, that Nobel Prize-winning invention was able to produce only 8×8 noisy images. Sony embarked on a decade-long R&D for releasing the first digital imaging innovations in the market. Since then, Sony and some other Japanese companies have been outperforming others in creating intellectual assets and integrating them in products and processes to offer us increasingly high-performing image sensors at a decreasing cost. In the global image sensor market, which is expected to grow to $30 billion by 2026, Sony alone had a 49% market share in 2019. Besides, Japanese Canon, Panasonic, and Hamamatsu are major players.

As we observe, cameras in the smartphone are increasing. Just over the 20 years, instead of one, many smartphones now have four cameras. Additional cameras are not only for the selfie purpose; they are also used to offer us stunning pictures. In the future, the smartphone will also have 3D camera features. In addition to the smartphone, automobiles, and many other cyber-physical systems will have multiple image sensors. Consequently, the intelligent machine age will have a pair of Japanese eyes.

Among many exciting developments in the digital age, we hear about big data. Data volume is exponentially increasing. By the way, where are we storing those data? Where are we storing images we capture with our smartphones? They are stored on innovations developed by Japanese inventions. In 1984, Toshiba corporation invented NAND Flash Memory. This invention has been powering innovations, starting from thumb drives to terabyte enterprise storage. Due to this Japanese innovation’s uprising, most of the hard disk drive makers, including the memory business pioneer IBM, suffered from disruption. The role of this Japanese innovation in the digital age is remarkable Indeed.

We all know Intel and the role of its powerful microprocessor. However, the relentless journey of Japanese innovations triggered this revolution. A Japanese Business calculator manufacturer, Busicom, in 1968, decided to use large-scale integration (LSI) circuits in their calculator products. In fact, this project led to the creation of the first microprocessor, the Intel 4004. Busicom sold the rights to use the 4004 to Intel, with an exception for use in business calculators. Subsequently, the design of 4004 became the building block of the emergence of microprocessors, giving birth to the personal computer revolution. Furthermore, in addition to having a strong share in semiconductor components, Japan is also a major innovator in semiconductor processing equipment t.

We all like a stunning display of mobile phones or a large screen of Television. Who are the major suppliers? In the global smartphone display market, which is expected to grow from USD 52.25 Billion in 2018 to reach USD 91.50 Billion by 2026, Japanese companies like Japan Display, Toshiba, Sharp, Fujitsu, Sony, and Mitsubishi are among the top. Not only display or image sensors, but many of the iPhone’s critical components are also technological innovations of Japan. Surprisingly, a lion portion of each iPhone’s 40% of cost for components goes to Japanese innovations.

Thomas Alva Edison’s invention of filament lighting technology and light bulb innovation illuminated most parts of the 2nd and 3rd industrial revolutions. However, the fourth industrial revolution’s journey has started with energy-saving LED lighting. In this $100 billion global lighting industry, Japanese Nichia is a shining star. However, should we say that Nichia is a copycat of Thomas Alpha Edison’s energy-hungry innovation? Of course, not. In fact, through Nobel prize-winning scientific discovery, Nichia invented a blue LED. Subsequently, it led to the evolution of LED lighting. It has not only established Nichia as a dominant player, but the uprising of LED has also disrupted Edison’s GE lighting business.

Japanese innovation in the digital age powers the revolution

Starting from smartphones to next-generation automobiles, all digital gadgets get power from the lithium-ion battery pack. This is a superb Japanese innovative product. It has been a remarkable relentless journey of perfection of the Japanese indeed. They started it in 1985, based on the early work done by American and British scientists. However, they did not focus on making and selling the same thing that those scientists did. Instead, they embarked on a relentless journey of perfection, which led to an increasingly higher quality battery at a decreasing cost. Scientific advancements in fine-tuning the lithium-ion battery technology were so deep that one of the three Nobel Prize winners for lithium-ion batteries in 2020 is Japanese.

At the dawn of the 20th century, over the last 20 years, 15 Japanese got Nobel Prizes in Physics and Chemistry. Interestingly, among them, two notable ones, one in LED and another one in Lithium-ion battery, are directly for powering Japanese innovations in the digital age. Besides, other Nobel Prize-winning successes have linkages with their innovation success stories.

Japan in Robotics for driving the fourth industrial revolution

Robotics is a core technology to drive the fourth industrial revolution. In the growing industrial robotics market, which is expected to grow to $66 billion by 2027, Japanese seven companies are among the top 10 global players. These Japanese companies are YASKAWA, Mitsubishi, NACHI-FUJIKOSHI, FANUC, DENSO, Kawasaki, and Omron. In the entertainment segment, Sony’s AIBO is already a shining star. Although Honda has stopped further R&D, its ASIMO is still to date the most advanced humanoid robot. Further to it, Boston robotics now belong to Japanese investment.  Hence, Japan has a strong base to succeed in innovations in the coming days.

Of course, Facebook, Google, or Amazon make headlines in the digital economy news. However, to take care of our health, digital innovations have also created revolutions in medical imaging. Starting from CT, digital X-ray, ultrasound, to MRI, medical imaging innovations are stunning examples of the digital age. And Japanese innovations shine. Notable Japanese companies are Toshiba (now Canon healthcare) and Shimadzu, among others.

SoftBank invests in iconic startups of the digital age

Many of the iconic start-ups in the digital age have Japanese investments. One of them is Alibaba. As of March 2020, SoftBank’s single largest asset is its 26% stake in Alibaba. In fact, SoftBank’s stake in NVIDIA, UBER, and Didi Chuxing, among 64 others, indicates how quietly Japan is active in driving the digital age’s unfolding.

No denying that Japanese companies are no longer creating the news, like the way Sony did, to draw public attention to Japanese innovation. However, Japan’s innovation successes in the digital age are remarkable indeed. Hence, we need to look deeper to get to know about Japan’s luster in technological innovation. 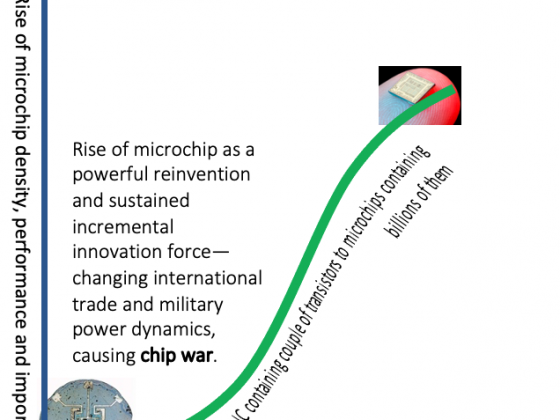 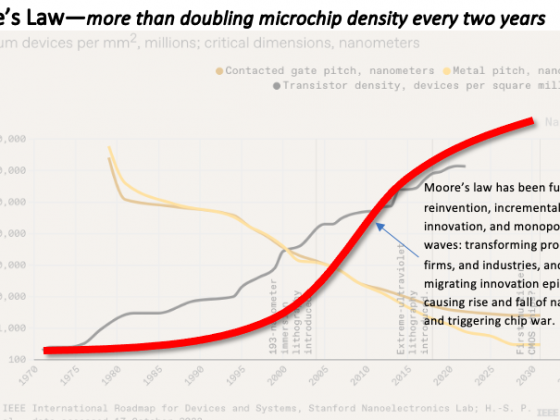