Subtracting features for making products simpler does not appear to be a smart innovation practice. It runs the risk of failing to compete and sustain itself in the market. Hence, there is the legitimacy of questioning subtraction practice in innovation. The competition war of adding just features does not appear to be smart either. In fact, we should go for a unified theory of innovation to have synergy among diverse innovation concepts, practices, terms, and also theories.

The Swiss army knife has many features. However, do we use it for performing all kinds of tasks, starting from chopping an onion to trimming a beard? Of course not. Instead, we use far less simple tools to perform each of the tasks which we can perform with a switch army knife. Hence, Systematic Inventive Thinking (SIT) promotes the subtraction of features to make the product more appropriate for getting the job done better. However, once we apply subtraction practice in the switch army knife, we need a set of products. Is it always a smart redesign or reinnovation strategy? If yes, why are smartphones thriving being increasingly more switch army knife-like products? Why are not people throwing out feature-rich Microsoft Word, and going to the age of simple word-processing? It seems that we have reasons for questioning subtraction practice in innovation. However, sometimes, we observe irrational feature competition in the innovation race.

In SIT, to get the most out of the subtraction technique, experts recommend five steps. It begins by splitting the target product into components. The next step is to select an essential component and imagine removing it, whether fully or partially. Let’s now visualize the strip-down version. Cost-benefit analysis in the form of potential benefits, markets, values, and cost is the fourth step. The next step is about the technical feasibility of making it. Logically, it makes sense. But let’s ask some questions. Why did innovators add those features? In addition to marginal cost, those features also add marginal utility. If marginal cost is far less than marginal utility, should we still pursue subtraction practice?

There are arguments that additional features make the product cumbersome to use and are often unreliable. Well, is it always true? Why is it far easier to use a feature-rich smartphone than simple cell phone handsets? Think about the cell phone with the features of storing numbers you call? Similarly, is it a better option of removing the camera from a smartphone and carry a standalone one? Let’s look into the competitive strategy and relevance of subtraction practice in innovation.

Irrespective of the innovation’s greatness, once the product enters the market, competition responds with replication, imitation, and innovation. Often the competition offers them at a lower price, as they do not incur the R&D cost. Hence, willingness to pay for the product starts drifting downward. Subsequently, the sale of the original innovation starts eroding. Even the magical iPhone could not escape this reality. To bounce back the sale, designers are required to add features and improve existing ones. Subsequently, they release a better version, invariably having more features. If we look into the evolution of products starting from a smartphone, photocopier to automobile, feature addition-based strategy appears to be at the core of sustaining in the market. Hence, there seems to be legitimacy in questioning subtraction practice in innovation.

Subtraction practice in innovation for lowering the cost and making the product simpler—does it run the risk of failure?

Let’s take the example of Raton Tata’s Nano. A modern car has many features. Over the last 100 years, designers have been adding those features. Despite having a long list of features, the automobile’s core job is still to date to serve the purpose of giving us mobility. These added features increase cost and also the complexity of using the automobile. Hence, Mr. Tata embarked on the exercise of subtraction practice. He kept removing one after another feature. He also simplified many features. Subsequently, he ended up with a strip-down version of the automobile—Tata NANO. It was far simpler and also less costly to produce. In the midst of fanfare, Tata released this NANO as India’s iconic innovation. However, upon losing closed to $200 million, Tata motors figure out that there are reasons for questioning subtraction practice in innovation.

Is there a role in changing technology core?

Let’s look into the design of a TV or microwave oven. There are far fewer buttons or nobs than before. But as far as functionality is concerned, modern ones are far more multi-functional than before. Added features have made both of these two and many other products far better than before. But why are they easier to use than before? This is due to the change of user interface technology core, moving from HW to the software. Designers have been leveraging this technology core to delegate more roles of using those products from users to machines. Hence, the focus has not been on reducing features. Instead, innovators have been delegating roles of using increasing features from human to machine by leveraging new technology core.

Let’s look into the example of an Electric Vehicle (EV). A typical EV is going to have more or less 20 moving parts, contrary to 2000 of a gasoline vehicle. The change of technology core has opened the opportunity to reduce components, without trading off features that produce utility for the users.

One of the core value propositions of software-centric innovation is of taking advantage of economies of scope and scale. The marginal cost of adding features keeps diminishing due to the scope advantage, as the same core asset is used without additional cost. Due to the addition of features, innovation creates an appeal to a larger number of users, subsequently expanding the scale advantage. Due to the zero cost of copying software, and the scope of higher-level abstraction of complexity, feature addition has been a key strategy to succeed in software innovation. As increasingly all industrial products are having a growing role of software, therefore, the subtraction practice in innovation deserves revisiting.

Unified Theory of Innovation for finding a solution 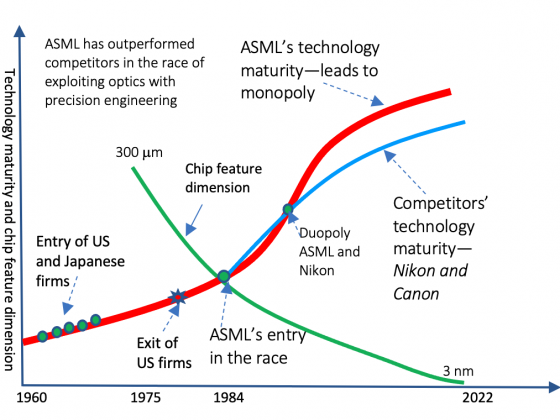 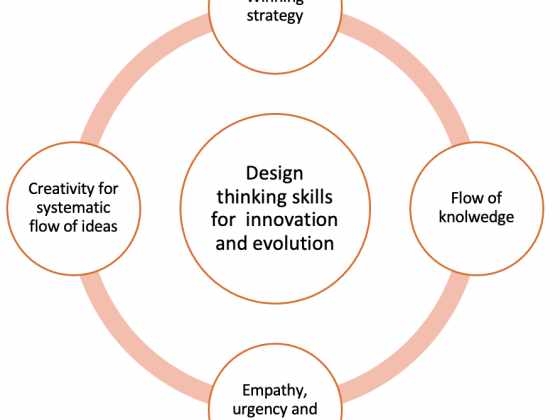