Creating economic value out of ideas offers an endless frontier for producing increasing wealth from depleting resources. However, most of the developing countries are not into it. In order to have sustained growth, it has become of paramount importance to them for entering into the idea economy. But, how to enter into it? FDI, important substitution, expansion of science & engineering education, software development, IT service, or academic research are failing to make any progress. Even, startups pursuing disruptive innovation are failing to create an entry. It appears that the growing local demand for household appliances and the scope of keep improving them with locally producible and implementable ideas offers a viable entry opportunity for entering into the idea economy.

There has been a growing role of ideas in creating economic value. Invariably, countries with the capacity to produce and transfer technology ideas into economic value are getting far richer than labor and natural resource suppliers. On the one hand, the flow of ideas is unlimited, and ideas determine the future market value of the other two production inputs. On the other hand, the economic growth out of labor or natural resources faces limits. Hence, there has been growing interest among those countries that are predominantly suppliers of labor and natural resources for entering into idea economy. However, there has been a growing barrier to entering into an idea economy. Besides, the lack of clarity and selection of an inappropriate route also makes it harder.

The genesis of idea economy, inequality, and increasing barrier for entering into idea economy

Economic value creation depends on three major inputs: natural resources, labor, and ideas. In the pre-industrial age, more or less all countries used to rely on their local supply of these three inputs to drive their economic activities. However, the advent of the first industrial revolution started to change the situation.

It all began in England. Scientists started transferring the intuitive understanding of the functioning of the steam engine into science. Engineers started using this scientific knowledge to create the flow of ideas for advancing steam engine technology and innovating diverse energy innovations. This journey led to England’s disproportionate capacity to create technological ideas for making better usages of natural resources and labor. Consequentially, England’s role in supplying ideas for creating increasing wealth from natural resources and labor started increasing. Subsequently, other European countries and the USA developed the capacity to create economic value out of ideas. This trend continued over the next two industrial revolutions.

Unfortunately, not all countries equally succeeded in increasing their supply of ideas and transferring them into economic value in the globally connected competitive market economy. As result, the world has become divided into two halves–suppliers of ideas, and labor and natural resources (objects)—in the global value chain. For example, Germany, Japan, and the USA are the suppliers of ideas in the automobile value chain. China, Thailand, and some others are labor and natural resource suppliers in making automobiles.

Invariably, countries with the capacity of supplying ideas are predominantly far richer than labor and natural resource suppliers. For example, Germany and Japan are far richer than many other natural resource and labor-rich countries. This is due to the fact that ideas offer an endless frontier of growth. Moreover, ideas also substitute the role of the other two factors in the production.

Entering into idea economy—is it an act of sudden sparks of creative minds?

Often, we think that technology ideas for innovation emerge from sudden sparks of creative minds. Of course, this is true. Does it mean that economic growth out of ideas is random–highly unmanageable? Fortunately, NO. Although great ideas sometimes emerge as creative outbursts of creative genius, they require meticulous nurturing through a flow of ideas. There appears to be no end to the evolution of great ideas. Let’s look into automobiles, light bulbs, TV, microwave oven, or mobile phone, they have been growing. The amenability of these great ideas to evolution offers the opportunity to keep adding ideas for making them better and cheaper. Therefore, the challenge has been to create an entry into the evolution of these products to create economic value out of ideas.

FDI, export-oriented manufacturing, and import substitution do not create the opportunity of entering into the idea economy

Developing countries have been welcoming foreign direct investment (FDI) for expanding the industrial economy. FDIs show up for sourcing natural resources and labor from developing countries for making copies of their ideas. Either they sell those products in FDI hosting or export them to other countries. Invariably, FDI companies maintain their idea production capacity in-home and in other rich countries. Similarly, export-oriented manufacturing also does not facilitate the development of idea economies in developing countries. Instead, it encourages to import of technology or ideas and adds value through labor and natural resources.

On the other hand, the import substitution strategy does not also create idea economy either. Particularly, import substitution relies on tax differentials and other incentives to produce a replica of foreign products out of imported capital machinery for local consumption. The decreasing role of labor has been continually eroding local value addition in all three industrial activities. On the other hand, increasing reliance on imported ideas, in the form of capital machinery and product designs, has been weakening the demand for local ideas.

Lately, there has been a startup craze for entering into the innovation economy. Youths are being encouraged to come up with breakthroughs or great ideas for pursuing disruptive innovations. However, great ideas need a long journey to reach profit. In fact, the greater the idea longer the journey for reaching profit. Moreover, such a long journey requires a strong R&D capacity to produce a flow of ideas for making great ideas succeed. There should also be a local market for the primitive emergence of innovations out of those great ideas. Thus, the startup craze runs the risk of failing to create an entry into the idea economy.

For creating an idea economy, there should be a domestic market of ideas. Although disruptive or breakthrough innovations sound highly interesting, the journey is quite long and risky. We should rather target existing products which have a growing local market. More importantly, those products which are amenable to evolution through the addition of locally producible and implementable ideas should be our target for creating an entry into the idea economy. Of course, locally produced ideas must make the subsequent versions of existing products increasingly better and cheaper.

Among several categories of products, household appliances could be a target sector for making an entry into the idea economy. Some of them are toaster, kettle, blender, juicer, iron, washing machine, and many more. Invariably all developing countries are experiencing increasing diffusion of these products. Although many of these appliances are 100 years old, they have been evolving. Innovators are adding technology ideas for making it better and also cheaper. Moreover, these products still require reasonable labor components to produce them. The technology barrier for getting into the exercise of designing them is also low.

Design Thinking, and Management of Technology and Ideas for systematically entering into idea economy

The conventional strategy has been to pursue import substitution for producing copies of products that are being imported. Such an import substitution strategy focuses on importing capital machinery, components, and the design of products for producing their copies out of local labor. In retrospect, such a strategy has failed to create an entry into the idea economy. The strategy should not be for producing a replica of imported products. Instead, the focus should be on redesigning those products with locally produced ideas to make the subsequent versions increasingly better and cheaper than what you can import. For making progress along this line, the focus should be on Design Thinking for producing ideas of the next better versions. Moreover, technology and idea management should get adequate priority for implementing ideas and releasing subsequent better versions. 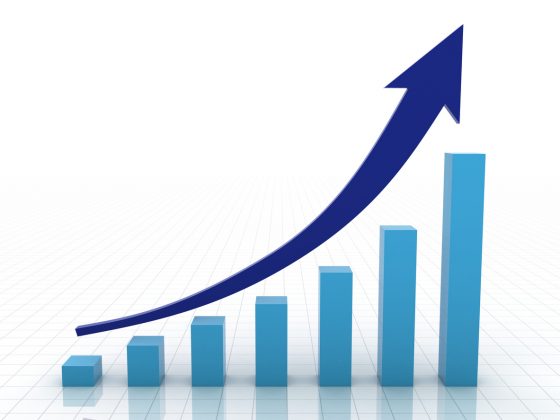