Startups are after innovation. The economy of scale effect is at the core of profiting from innovation. Thus, startup success from the scale effect demands the development of intellectual assets, that could be traded at zero marginal cost to a growing number of customers. Therefore, startup success requires systematic idea development and innovation management. The importance of strong professional culture, long-term commitment, and loyalty is far more important than having a ping-pong table, happy hours, or no office hours.

As low as 2 out of 500 aspiring startups get funding from venture capital. Upon securing financing, 90 percent fail. To figure out what it takes to succeed, let’s define startups. Startups are neither contractors nor traders of commodity products. They are in the mission of developing and trading intellectual assets. As the cost of copying intellectual assets is extremely low, successful startups experience exponential growth due to very low marginal cost or large scale advantage. Such reality raises the question: What does it take to build intellectual assets for creating startup success from scale systematically?

A new hairdresser saloon or a restaurant is not a startup. Similarly, an IT consulting firm in developing customized software applications is not a startup either. Although an IT consulting firm works on state-of-the-art technology in offering high-end solutions, its revenue model is linear. It’s revenue is proportionate to billable hours. Thus, growth would require you to hire new developers. Subsequently, it would increase your costs at a similar rate to your revenues.

On the other hand, let’s think about a newly formed company with the idea of developing a software application to be sold to many customers. At the beginning, it invests in developing different features of the product. Once the product creates substantial wiliness to pay, it starts selling the product. For making each sell, the marginal cost is virtually zero. This business model has the possibility of experiencing a very high scale effect—resulting from the economy of scale due to the zero cost of copying ideas for each new customer.

This newborn enterprise is an example of a startup. This startup is in the journey of developing an idea into an innovation, as opposed to selling working hours or existing products. It’s revenue model is scalable—gaining new users of the software doesn’t increase the costs linearly. Hence, startups are after innovation to build and trade intellectual assets for enjoying exponential growth out of the high economy of scale effect.

Often cited startup successes are Microsoft, Apple, Google, and Facebook. In the form of OS and Applications, Microsoft created the successes by producing ideas and trading them as software. As the cost of copying software is zero, software experiences a very high scale advantage. To leverage it, Microsoft’s challenge was to keep adding to and refining features of its flagship software products for creating an increasing appeal among a larger number of customers. On the other hand, Microsoft was able to keep decreasing the price for increasing profit—due to the scale effect.

Apple has been trading ideas in the form of software—embedded in hardware. In this mission, Apple has been generating and translating ideas as software features and industrial design of the hardware. Even upon sourcing all hardware components from 3rd parties, Apple has been creating a success story out of the building and trading intellectual assets.

In addition to zero cost of copying software, Facebook and Google have been benefiting from network externality effects. Due to the scale effect in both the supply and demand sides, these two once startups experienced extremely high exponential growth—leading to global monopolies in the shortest period. However, to leverage this advantage, they had to develop needed intellectual assets.

In retrospect, no startup succeeded out of a great idea and kept selling its initial manifestation. Like Apple I, Wright Brothers’ airplane, Sony’s transistor radio, Kodak’s Camera, or Carl Benz’ automobile came into existence in primitive form. They all started the journey of producing loss-making revenue. The successes came from producing a flow of ideas for making the great initial ideas increasingly better and cheaper. Hence, startup success has been from developing intellectual assets for leveraging the scale advantage.

Great ideas originate from multiple sources. The first one is curiosity. For example, the Wright Brothers’ airplane idea came from the intense desire of humans for flying. It may also originate due to the development of technology, creating the opportunity of changing the technology cores of existing products. For example, lithium-ion battery development opened the opportunity to replace polluting gasoline engine of automobiles with the electric battery. Similarly, the charge-coupled device (CCD) invention created the idea of changing the technology core of film camera—giving birth to the digital camera. Subsequently, it has led to an electric vehicle idea. The proliferation of PC and the option of distributing the software on floppy diskette triggered the idea of word processing software.

The unfolding of infrastructure also fuels great ideas for creating better alternatives of getting jobs done. For example, the ubiquitous availability of wireless broadband has been triggering ideas for transforming many industries. A significant limitation of existing products also triggers technology invention and generation of great ideas. For example, AT&T’s urge to improve the reliability of telecom switches led to the invention of the transistor—giving birth to the information technology revolution. Accidental observations also generate great ideas. For example, the idea of the microwave oven came from the unintended observation of the melting of candy in a microwave radiation lab. Besides, scientific discovery or turning intuitive understanding of physical phenomena into scientific knowledge also fuels great ideas. For example, the idea of electronic photocopying came from the discovery of photoelectric effect principles by Albert Einstein.

Irrespective of the genesis of great ideas, invariably, innovations around them emerge in primitive form. Such reality demands a flow of ideas. How to create that flow of idea is a question? Should we pursue brainstorming or other idea generation technique for geniting ideas like a popcorn machine? Should we focus on randomly experimenting with them by following the thesis– go on, have a shot, move fast, fail fast?

Get Jobs done, Passion for Perfection and Design Thinking

Instead of performing random experiments and hopping from idea to idea, the focus should be on ideas that matter for the customers to get their jobs done. On the other hand, none of those ideas will emerge with profit making revenue. Invariably, the journey will begin at a loss. To turn the loss into profit, the focus should be on systemically generating a flow of ideas forming the intellectual asset base. For increasing the willingness to pay with the growing asset base, Design Thinking should play key role. In addition to industrial or outer design, Design Thinking should passionately keep looking for ideas for perfection. This approach is the key for systematically generating ideas that matter to customers, subsequently making products better and cheaper. Hence, the ‘ping-pong’ culture of startups should be uplifted to the dedication, loyalty, and systematic idea generation, filtering, refinement, and implementation.

Startup ideas have the natural characteristics of starting the journey at a loss. Often it takes a long journey to turn a great idea into profitable revenue. In fact, greater ideas demand a longer journey for creating enough intellectual assets to create the required scale effect. Trying for a year or two may not be good enough. Hence, fail fast and start again with another idea does not appear to be suitable for succeeding with startups. 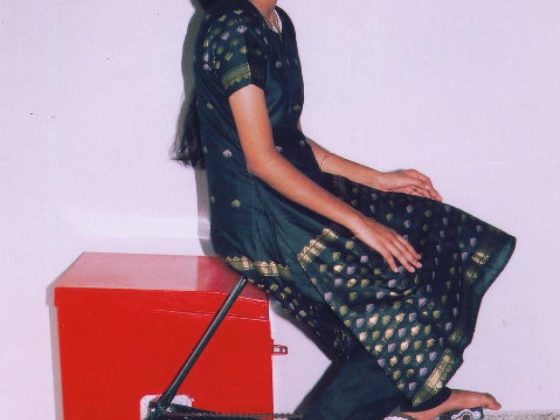