According to a recent report of Bank of America (2021), due to Robotic Process Automation (RPA), the USA, India, and the Philippines will lose 21%, 22%, and 16% of business process service jobs by 2022. Unlike factory robots, software RPA robot is targeting to automate office works. Hence, as opposed to blue-collar jobs, degree-holding office workers are the target of job loss due to RPA. Along with BPO service-providing countries, advanced countries will also suffer from service job loss. But unlike BPO exporting countries, advanced countries will likely gain in employment as many of the outsourced business processes will be returned back, creating jobs in those countries. Furthermore, technology firms of advanced countries have driven RPA innovation killing jobs in less developed BPO service exporting countries.

Target services for robot process automation (RPA) to take over from humans are rule-based digital tasks. Instead of physical robots, RPA is a software application to perform routine, high-volume tasks. Unlike workflow software applications, RPA mimics how human workers perform jobs. Hence, originations are after the growing ability of software robots to take over mundane business process back-office jobs. These works involve filling in the same information, generating the same data in multiple places, collecting data from forms, re-entering data, etc. Many of these are now outsourced to India and the Philippines.

Hence, business process outsourcing industries of these countries are highly vulnerable to RPA. Robotic Process Automation software bots can interact with any application as humans do; they work nonstop, 24 hours a day, much faster, and with precision. In addition to reducing errors, it reduces cost substantially. A study finds that RPA represents a significant saving of up to 10:1 versus the human labor.

Due to RPA and technology upgrades, during 2021-2022, India’s job loss in software, IT, and business process outsourcing (BPO), will likely grow to 3 million. Among the 16 million jobs in this sector, 9 million are employed in low-skilled services and BPO roles.  Nine million jobs of the BPO sub-sector of India will suffer from as high as 30 percent loss, primarily due to the effect of RPA. Hence, India’s major service firms like Infosys, TCS, Tech Mahindra, Wipro, and Cognizant are in the process of shedding almost 3 million low-skilled roles by 2022. As a result, firms will save as high as $100 billion, mostly in salaries, annually. Besides, according to a Bank of America report, RPA will kill as high as 1 million jobs in the USA during 2021-2022.

It seems that countries having business processes outsourcing business will suffer from net job loss due to RPA. But countries sourcing business process jobs to India, the Philippines, and others will gain from RPA. The gain will distill from cost reduction and, most importantly, from the reversal of the service sourcing trend. The continued progression of RPA will likely lead BPO client countries to bring the jobs back to their home markets. Of course, the actual number of employment creation in client countries due to reshoring will be far less. Nevertheless, it will likely have a net positive effect. Hence, in the BPO segment, rich countries will likely be net gainers out of RPA.

Besides, it seems that due to relative ease in automating data-intensive manual tasks, office job loss due to software-centric automation (bots) will have far higher progress than factory job loss due to robots. Hence, due to robotics and automation, BPO segments of India and the Philippines will experience far higher job loss than the export-oriented manufacturing sectors of Bangladesh, Indonesia, and Vietnam.

The root of RPA was in optical character recognition and workflow technologies of the 1980s. The arrival of users’ assist scripts and macros for robotic desktop automation took it further. For sure, image recognition, document type recognition, and recognition of handwritings offer high-level technology possibilities for RPA. These technologies supported RPA advancement to mimic human intelligence to recognize handwritten inputs and patterns in documents.  Recent advances in predictive analysis algorithms, pattern recognition, machine learning, and neural networks have expanded technology possibilities for enabling RPA to take over cognitive roles from the human.

RPA has become a target for improving efficiency and cutting jobs for most businesses. Notably, during the pandemic, both the service providers and recipients have become used to human contact-free service production and consumption. This change in culture and habit has been accelerating the penetration of RPA. Among many others, the Banking sector has been highly responsive to taking advantage of RPA for offering human-free service round the clock. The top ten RPA friendly Banking process areas are (i) contact center optimization, (ii) trade finance operations, (iii) customer onboarding, (iv) anti-money laundering (AML), (v) bank guarantee closures, (vi) bank reconciliation process, (vii) loan application processing, (viii) automated report generation, (ix) account closure processing, and (x) credit card application processing.

Like all other automation, RPA also has advantaged and disadvantages. Significant advantages are (i) efficiency gains, (ii) reduction in errors, (iii) higher agility, (iv) better use of people power, (v) higher employee engagement, (vi) better customer satisfaction, (vii) standardization of processes, and (viii) business continuity support. These advantages are strong enough for killing as high as 30 percent of BPO jobs in India.  Nevertheless, there are also disadvantages, such as (i) attrition, (ii) sprawling technology, (iii) higher complexity, and (iv) magnification of problematic processes.

RPA: a force of creative destruction, disruptive innovations, and inequality

Robotic process automation (RPA) began the journey in a humble form, like OCR. In the beginning, RPA solutions were far inferior to human counterparts. However, this new wave of getting jobs done has been growing over the years. It has already reached an inflection point of taking over millions of jobs, notably from the rule-based business process service delivery. Hence, RPA is a force of creative destruction.

On the other hand, existing dominant players in BPO from India or the Philippines are NOT in the race of fueling RPA innovations. Instead of existing large BPO service providers like Infosys or TCS, new entrants have shown up in fueling the RPA waves. Some of these new entrants are (i) Automation Anywhere (California, U.S.), (ii) Blue Prism PLC (Warrington, U.K.), (iii)IPsoft Inc. (New York,U.S.), (iv) Kofax, Inc. (California,U.S.),  (v) Nice Systems Ltd. (Ra’anana, Israel),  (vi) NTT Advanced Technology Corporation (Kanagawa, Japan), (vii) Pegasystems, Inc. (Massachusetts,U.S.),  (viii) Redwood Software (Houten, Netherlands),  (ix) Uipath SRL (New York,U.S., and  (x) OnviSource, Inc. (Texas, U.S.). Intestinally, none of these entrants were in the BPO business. But the RPA wave they have been fueling will cause destruction in the BPO business of existing big players like TCS or Infosys. Hence, RPA is disruptive innovation.

Along with the diffusion of RPA, there has been growth in the business of RPA solutions. It appears that the global robotic process automation market size was USD 1.57 billion in 2020. It will have an annual growth rate (CAGR) of 32.8% from 2021 to 2028, pushing the revenue to USD 7.64 billion by 2028.

The rise of RPA offers us multiple lessons; two of them are pretty significant, though. First of all, innovators have been taking advantage of technological possibilities in automating labor-centric data and knowledge jobs. As such jobs are pretty amenable to automation; hence there has been a rapid progression of invasion of RPA. The next one is about disruptive innovation. Instead of existing large BPO firms, new entrants have been after RPA solutions. Hence, RPA has become a textbook example of disruptive innovation. Furthermore, RPA will likely take over office jobs delivered from home, making the future of work from home quite uncertain. Consequentially, RPA will expand inequality between idea and labor or knowledge-centric service providing countries. 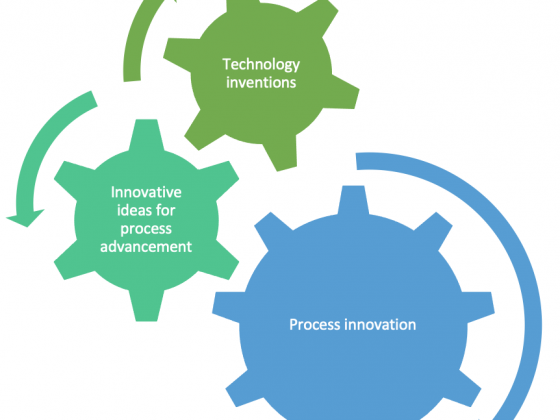 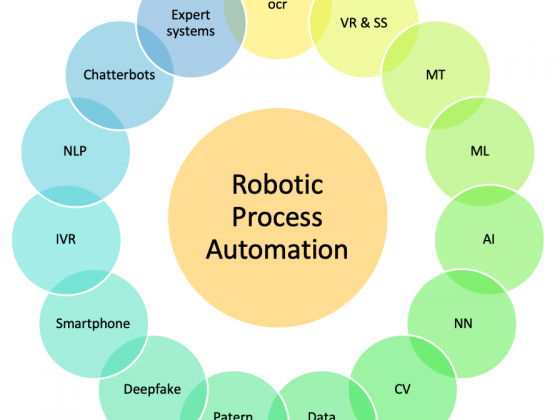