We are all after better products at a lower cost. But how do they show up? The process of Schumpeter’s creative destruction is at the core to meet such a desire. If we look back in history, we notice evolving waves of substitutions. And these waves are driven by competition of developing and profiting from disruptive technologies and innovations. For example, steam engines took over the role of water power to turn the wheel. Consequentially, the productivity of factories increased, and economies expanded further. Along the way, internal combustion engines (ICEs) replaced steam engines. Subsequently, electric motors started to replace ICEs. However, with the progression of emerging technology, products of the previous generation suffer from the loss of demand. Along the way, jobs, firms, and industries making those products suffer from destruction. Hence, often we ask what are disruptive technology and innovation examples?

Just right after World War II, Masaru Ibuka opened an electronic shop in Tokyo in 1946. Soon thereafter, Akio Morita joined Ibuka. Subsequently, they jointly establish a company called Tokyo Tsushin Kogyo, which took the name Sony in 1958. During that time, electronic products, including radios, used to be made using vacuum tube technology. Soon after the formation of this company, the USA’s Bell laboratory invented a disruptive technology. It was Transistor. In fact, Sony spotted the disruptive capability in this technology. By the way, Mr. Morita and Ibuka worked in the Japanese Navy, and they had a strong science and technology background.

The uprising of Sony’s Transistor Radio as creative destruction

In 1952, Sony took a license from the Bell laboratory of producing the Transistor. The license also gave the freedom of advancing the process of making Transistor to Sony. However, despite having the potential of powering disruptive innovations, Transistor emerged in a primitive form. In the early days, it was far inferior to vacuum tube technology. Subsequently, Sony embarked on R&D to address the limitation. Upon some advancement, Sony succeeded in innovating pocket-sized radio out of the Transistor in 1955. However, this radio producing very low cranky sound was highly primitive. It was in no way comparable to vacuum tube-based radios. As a result, Sony could not allure existing vacuum tube radio owners for looking into as a replacement. In fact, neither, that pocket radio was appealing to those new customers looking for quality sound.

Well, Sony targeted American college students who were looking for portable radio to enjoy rock and roll music with their friends. According to Prof. Clayton, this market segment is called non-consumption. Incumbent products around mature technology core are not compatible with it. On the other hand, incumbent radio makers like RCA, Zenith, or GE found Transistor in the early 1950s as too weak to replace the technology core of their high-quality radios. Consequentially, they overlooked the transistor technology core.

Initial success was not disruptive

However, Sony’s success in selling cranky radio to the non-consumption market was remarkable. The sale jumped from an estimated 100,000 units in 1955 to 5 million units by the end of 1968. However, this initial success did not create an example of creative destruction. But this technology core was highly amenable to growth. Along with the growth of sales of primitive radio in the non-consumption market of college students, Sony was investing in R&D for making better quality transistors at a lower cost. And the R&D effort was rapidly paying off.

Growth of Transistor as a disruptive technology

The emergence of digital cameras made disruption to film cameras

Sony had another success story in pursuing disruptive innovations. This is in the imaging industry. In the 1960s, chemical-based film was dominating imaging. Upon taking patent of the first film in a roll in 1984, Mr. Eastman developed a camera in 1988. In the same year, George Eastman and Henry A. Strong founded The Eastman Kodak Company. Over more than 70 years, Kodak perfected film-based imaging techniques, chemicals, and cameras. In the 1960s, TV video cameras used to be very bulky. They used to be carried over shoulders. Electron tube technology was at the core of the video camera. Sony was desperate to offer a substitution. Coincidently, Sony again found Bell Laboratory as the provider of the technology.

Kodak ignored it as it was primitive

But initial electronic image sensors, based on charge-coupled device technology, were highly primitive. In 1969, it could at best produce 8 pixels by 8 pixels back and white highly noisy images. Like in Transistor, Sony’s leadership saw disruptive potential in this primitive emergence of technology. Upon taking a license, Sony started investing in R&D for advancing the underlying technology core to acquire disruptive power. Like in the past, Kodak ignored the possibility of this technology. Even upon developing a prototype of an electronic camera in 1974 and getting a patent, Kodak management overlooked it. It was too primitive. Moreover, they also perceived an underlying threat to their highly lucrative, profitable film-based imaging business.

After a long 15 years of R&D, Sony unveiled the portable digital camera based on a solid-state image sensor as opposed to an electron tube or film. A long R&D journey already propelled the fledgling technology to have disruptive power. Within just 20 years of the first unveiling, both digital video and still cameras emerged as a disruptive force. It offered a better alternative at a lower cost. But along the way, it started causing disruption to the market, jobs, and firms of the film-based imaging industry. The effect of creative destruction was so deep that Kodak had to file bankruptcy in 2012. Ironically, Sony’s video camera success out of digital imaging technology was short-lived. The emergence of smartphones caused disruption to standalone digital cameras.

The commercial availability of microprocessors led to the innovations of small computers. Initially, those computers were toys for hobbyists. To mainframe and minicomputers, they were highly inferior. Like in the past, major minicomputer makers like DEC, Honeywell, or NCR overlooked that toy-like computer. Although IBM reluctantly released personal computers (PC) in 1982, it outsourced major components to outside firms. Underlying both hardware and software technologies let PC rapidly grew. PC’s graphical user interface was far more appealing than having the need to send text commands. As a result, in the 1990s, networked PCs grew as a strong substitute for minicomputers. Like in the past, mini and mainframe computer makers suffered experienced creative destruction.

The list of disruptive technology and innovation examples is long

Successive disruption of the music industry

Over the last 150 years, a diverse set of technologies, starting from phonographs to the blockchain has intersected with the music industry. Those technologies inspired innovators to come up with innovative solutions in getting the job done better. Some of the innovative ideas also fueled the growth of new firms. One of the notable ones is Spotify—with a valuation of $19b during IPO. Here is a brief snapshot of a series of disruptive innovation waves.

In the 1990s, we used to buy a pack of 10 floppy diskettes paying $5 just to hold 700 MB of data. Well at the same cost, we now buy a 32 GB flash drive. Flash drive is not only cheaper but also better. As a result, the market has also expanded. Unlike floppy diskettes, portable flash drives are immune to dust and other environmental effects like humidity. But surprisingly, companies that succeeded in floppy diskette or CD ROM innovations ignored the uprising of these disruptive innovations. Therefore, floppy diskette or CD-ROM makers are not in the business of flash drives. The uprising of portable storage innovation is a typical example of the power of the progression of disruptive technologies and innovations in offering us better products at a lower cost making it affordable to an increasing number of users.

The Electric vehicle is posing the possibility of causing creative destruction. But to succeed, the underlying technology core Lithium battery needs to keep improving. In the absence of this continued progression, the subsidy and hype will not likely succeed to cause Schumpeter’s creative destructions to gasoline engine-based automobiles.  Continued R&D has been contributing to steady performance gain and cost reduction of the lithium-ion battery. And it should keep progressing further to power electric vehicles to cause destruction to gasoline engines. But if this technology saturates before EV succeeds to cause disruption, an alternative technology core needs to be found to let electric vehicles succeed as disruptive innovation. In certain cases, the journey of disruptive innovations may be powered by more than one generation. 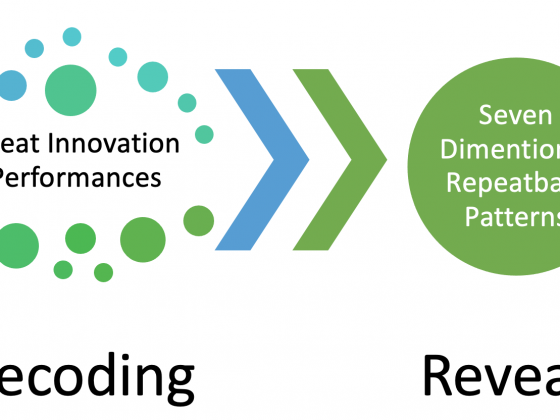