The later part of the 20th century created many excitements in the technological innovation industry. Among them, the most expensive company in the world started the journey from the garage. The world’s richest person dropped out of the university for the mission of pursuing a start-up. We also witnessed the beginning of the bankruptcy of the American innovation icon–Kodak. It’s not that Kodak stopped making the film, chemicals, and the camera. Or, not because it did not know about the digital camera. Kodak was the first recipient of digital camera patents. Nevertheless, Kodak could not withstand the disruptive effect of the digital camera.

The camera has a long history. It started the journey with a pinhole camera. The invention of the pinhole camera is credited to Arab physicist Ibn al-Haytham. During 965-1040 AD, he wrote details about the principles of light, including experiments with light through a small opening in a darkened room. In his writing, he provided geometrical and quantitative descriptions of the phenomenon of image formation while light passed through the narrow passage. The pinhole camera was used for the purpose of drawing aid.

In the 18th century, progress took place in silver chloride-forming images. A long journey of experimentation and scientific discoveries led to the formation of photographic film in the latter part of the 19th century. In 1888, George Eastman Kodak received a US patent for the camera, and later it became known as the Kodak box camera. Eastman Kodak started manufacturing paper film in 1885 and later, it switched to celluloid in 1888-1889.

The profit-making business opportunity attracted many new entrants in making cameras, manufacturing films, producing chemicals, and developing necessary machines for printing images captured by the film. In the 1930s, the Japanese company Canon was formed. Canon entered in the camera business by imitating German camera maker Leica’s camera. Like many other industrial products, competitors were in the race of incremental innovation. Over almost 100 years, the core technology of remained the same, though. However, the seed of change was planted by the Scientist of bell laboratory—giving birth to an electronic image sensor.

The emergence of the digital camera

In 1969, Willard S. Boyle and George E. Smith working, at Bell Laboratories, invented the CCD. It stands for Charge-Coupled Device. After 40 years, they were awarded Nobel Prize for Physics. CCD was invented to capture photons as electrons, which gave birth to digital imaging. In 1970, Sony’s Shigeyuki Ochi saw the innovation potential in CCD. Sony’s leadership set the target to repeat its disruptive Radio and TV innovation successes in the imaging industry. Upon securing the license, Sony developed an 8×8 image sensor in 1972, producing just 64 pixels. Sony set the target of releasing a CCD image sensor-based camera within five years at a price under 50,000 yen.

While Sony was making progress with the CCD R&D, Kodak was not sitting idle either. In 1973, Steven Sasson was assigned to his first job as a Kodak employee to figure out whether the CCD had any practical application. Subsequently, Steven Sasson’s assignment led to the invention of the digital camera in 1975. Producing a 100×100 pixel black and white image took 50 milliseconds to capture the image, 23 seconds to record it to tape, and another 30 seconds to read from the tape and display it. Kodak managers were not impressed with the demonstration.

However, they allowed Sasson to carry on, which led to the DSLR camera in 1989. While Sony was marshaling all her resources to roll out CCD-based video and still cameras, the Kodak manager was highly skeptical about the prospect. Moreover, they were concerned about the future of their film and chemical business. Although Sasson’s camera earned a patent for Kodak, it did never see the light.

Kodak’s business model was around cross-subsidy. It was selling a camera at a loss for creating the demand for film and chemicals. As opposed to one-time sell revenue from Camera, film and chemical kept giving revenue as camera owners kept using it. It’s popularly known as the silver halide strategy. While digital cameras started flooding the market, Kodak started seeing the plummeting sale of chemicals and film. This reality compelled Kodak to embrace digital, but it was too late. Consequentially, Kodak filed for bankruptcy in 2012. However, Kodak made billions off the digital camera patent.

Like many other technologies having disruptive innovation potential, CCD came in a primitive form. The potential was buried. At this stage, it was easy to develop an argument in avoiding it. Moreover, the uprising of the digital camera had a real threat to Kodak’s profitable film and chemical business. Therefore, it was a serious decision-making challenge for Kodak managers. On the other hand, Sony was desperate to develop CCD’s hidden potential and launch innovative portable video cameras. For Sony, CCD offered technology discontinuity for entering into the imaging business. Moreover, Sony had just completed similar success in disrupting by developing the latent potential of the transistor. Kodak’s decision dilemma gave Sony room for the uprising with digital camera innovation, which subsequentially caused a disruptive effect on Kodak.

How did Canon face the disruptive effect of digital camera?

Life for Canon was far less complicated than Kodak. Unlike Kodak, Canon was not in the film and chemical business for imaging. It was not practicing silver halide like cross-subsidy in the camera business. The challenge for Canon was technology. It had to redesign the film camera with a new technology core. It placed the CCD image sensor at the focal point and changed the film role with a memory card. As a result, Canon was not as late as Kodak to release digital versions of its popular model. However, along with Canon, all other camera makers like Pentax, Leica, and Olympus made successful transitions in the digital era.

Kodak moment has become part of the lingua franca in the business community. But how to detect that a company is proceeding to face such a moment. There are two major factors to consider. The first one is about the uprising of new technology core, due to desperate attempts by start-ups or a few existing firms, with the potential to offer a better substitution. The second one is that incumbent firms do not align their product strategy and business model to leverage it. Instead, the incumbent firms are busy with existing products, mature technology, and business model.

As a result, the incumbent firms run the risk of suffering from plummeting demand at the point when the substitution around emerging technology core starts taking over the performance of existing products. At this point, often desperate switching moves by incumbents do not lead to success. Instead, along with products of matured technology core, incumbent firms also experience disruption. This is the genesis of Kodak moment. 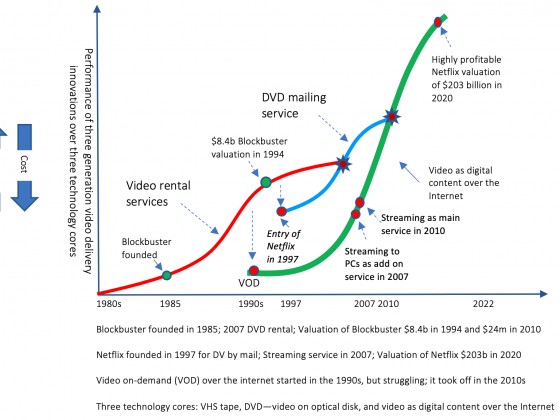 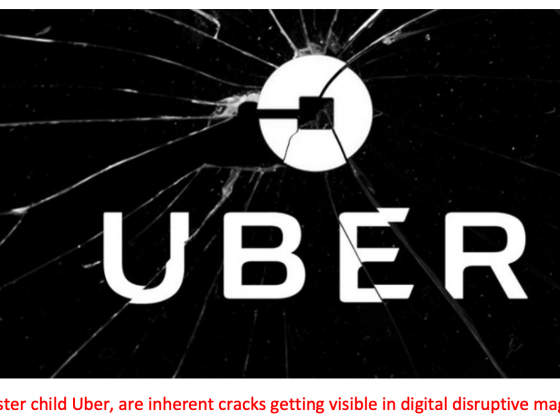