Robots are fun to play with to kids. They are known for dull, dirty, and dangerous jobs. Starting from nuclear waste handling, space exploration to welding, robots have been a great help for us. They keep performing repeatable, tedious jobs with a high degree of precision. Nobody complains about those jobs taken over by robots. However, there has been a change. Robots are acquiring the capability of human-like intelligence. They are evolving with the growing capability of sensing, perceiving, learning, and decision making. More importantly, they execute those decisions by themselves, without the need for human help. In addition to it, their organs like fingers and hands are getting increasingly flexible and multifunctional. Besides, they can walk, run, swim, and also fly. Consequentially, they are increasingly qualifying tasks being performed by humans. Consequentially, kids are getting curious, and adults are getting apprehensive with the uprising of artificially intelligent robots.

The march of progression from dump mechanical manipulator to artificially intelligent machines is intriguing indeed. Multiple forces are driving this progression. The first one is the urge to get jobs done better at less cost. Increasing technology progression from mechanics to artificial intelligence is making robots eligible for a growing number of tasks. They can perform work with higher-level precision, causing less wastage than human workers. As a result, robots are taking a core role in competition strategy for producing higher quality products at a lower cost. Robots are also drawing the attention of kids, giving birth to a large robotic toy industry. Unfortunately, the military is showing increasing interest in robot soldiers and war machines. In addition to being a blessing, robots are also getting threats to the future of work and also security.

The aspiration of having artificial servants, soldiers, and companions date back to ancient legends of Cadmus. Still, to date, these three purposes have been driving the evolution of robots. However, the invention of mechanical automata constructed in the 10th century BC in the Western Zhou Dynasty opened the door of implementing ideas of robots, whether as a servant in performing household chores, fighting in the war, or offering companionships. Leonardo ds Vinci’s mechanical Knight is among the first verifiable automation. He likely built this humanoid robot soldier around 1495. This robot soldier was able to sit up, wave its arms, and move its head and jaw. In addition to it, the work of a Muslim polymath Al-Jazari in the 13th century developed a humanoid for performing more than fifty facial and body actions, humanoid servants for handwashing, Humanoid robot mahout, and also a programmable “castle clock” is notable.

Some other example includes Japanese Hisashige Tanaka’s invented an array of extremely complex mechanical toys; some of which could serve tea, fire arrows drawn from a quiver, or even paint a Japanese kanji character. Examples also include Eric, Robot maria, and many more. However, despite creating a sensation, none of those early demonstrations led to performing any meaningful task. Some of the recent humanoids creating sensational hype are Honda’s ASIMO, and Sophia Robot. Sony’s Aibo also has come back to entertain kids. Toymakers are also rolling our robotic toys as they draw attention to kids through interactivity. Lego robots and Mindstorms are notable ones. Moreover, Movie makers are also very active to profit from robot sensation.

The emergence of industrial robots

In the 1950s, the world started seeing robots taking over useful tasks, particularly dull, dirty, and dangerous ones. George Devol received the first patent of industrial robots in 1961 for the invention related to the automatic operation of machinery. This invention led to the formation of the world’s first robot manufacturing company, Unimation. The first robot undertook the job of transporting die castings from an assembly line and welding these parts on auto bodies at a General Motors factory. It was a dangerous task for workers, indeed, who might be poisoned by toxic fumes or lose a limb if they were not careful. Systematic tasks recorded in drum memory were used to guide this robot. Subsequently, the advancement of computers with the help of transistors kept improving robots’ ability and expanding the scope of applications.

Over time, the application of industrial robots is no longer limited to dull, dirty, and dangerous tasks. Instead, the focus has shifted to precision operation, wastage reduction, and safety improvement. Consequentially, the robot population in the industry has accelerated to 384,000 units shipped globally in 2018 alone. This growth trend will likely lead to 1.7 million robots working in factories across the world by the end of 2020. The reduction of industrial robots’ prices from over $100,000 to less than $20,000 has also contributed to rapid penetration.

Robots are evolving in shapes, sizes, and also the capability

Although robots making inspiration started to build humanoid robots, it has evolved not only in capabilities but also in forms. The predominant form is a robot arm, having joints, links, and hands like one of the human arms. There are many verities of this arm for performing diverse industrial tasks starting from welding to painting. A humanoid robot is another form. Despite their sensational appearance, they have not become eligible for performing meaningful tasks. However, Softbank’s Pepper robot is employed in greeting guests in some hotels and office establishments.

Robot vehicle is a recent phenomenon, though. There has been ongoing R&D in developing autonomous vehicles. Apart from it, Robots are also showing up as moving platforms. They are finding their jobs in warehouses. Notably, the growing popularity of e-Commerce is finding increasing usage. As a result, robot-powered warehouses will likely grow from 4,000 in 2018 to 50,000 in 2025. Besides, 3D printing robots are finding increasing applications in the industry.

In the recent past, flying robots gained significant popularity. They are called unmanned aerial vehicles (UAVs) or drones. However, UAVs have a long history lasting over more than 100 years. In addition to robots performing 3D (dull, dirty, and dangerous) tasks, robot toys are increasingly finding jobs for engaging kids, and even teenagers. Robots pets like Sony’s Aibo is experiencing increasing popularity, though. It’s expected that the global robotic pet dog market to experience 21% CARGR over 2019-2023. Robots are also showing up as software as well as animated characters. Robots in software form have many names like avatar, chatbot, agents, or robot process automation (RPA). In science fiction movies, robots show up as animated characters. Notable ones are Andriod, Nimani, Cybots, and robot spiders.

In contrary to being a servant, soldier, or companion, robots found meaningful jobs in the industry. Application in the industry has been expanding, reaching 1.7 million robot population by 2020. Moreover, robots having the collaborative capability, known as cobots, are finding industrial jobs outside cages. Lately, robots found jobs outside factories in the fields. For example, robots are used for milking cows, laying bricks, or working as a butcher. The healthcare sector is also witnessing the application of robots, particularly in the area of surgery, sample handling, and delivery of food and medicine.

Autonomous vehicles are opening the opportunity of reducing accidents and increasing throughput in the transportation sector. On top of these areas, delivering conventional services with robots is another emerging application area. For example, Honda’s ASIMO was targeted for delivering elderly care services. Although Honda has stopped further R&D on ASIMO, we expect that progress will going to make robots eligible for undertaking service jobs, like elderly care.

Unfortunately, there has been alarming development in the use of robots in military operations. Robots are showing up as unmanned war vehicles, autonomous fighter jets, smart bombs, and also as humanoid robot soldiers. In fact, it has been a growing security concern facing the human race.  The uprising of artificially intelligent robots is being abused to develop merciless killing machines. Such a trend of abuse of robotics is also raising the global call for regulation and laws indeed.

The evolution from mechanical to artificially intelligent machines

In the beginning, mechanical technologies were our sole means to implement the concept of automata. It began the journey from Al-Jazari’s water wheel in 1206. Subsequently, it progressed to hydraulics and pneumatics for pulling a string to show movements of arms, fingers, or viso. The development of electronics, computers, micromotors, sensors, and also microcontrollers opened a new era of developing robots. Innovators started developing software for imitating human-like cognitive capability in robots. The processing of data produced by sensors like the camera is enabling us to build robots with visual perception capability. The use of radar or x-ray sensors is even helping robots to see through fog or muscle.

The availability of high-performing smartphones at an affordable price has made it very easy to imitate high-end cognitive capabilities like gesture detection, speech recognition, and voice synthesis capabilities in robots. In addition to it, wireless internet connection is also allowing to simulate learning capability in robots. The growing computation power of the smartphone is also enabling us to implement advanced learning algorithms like neural net-based deep learning in robots. As a result, contemporary humanoid robots are impressing us with their human-like cognitive capabilities. Being empowered with these capabilities, they are also creating sensational news for having conversations with dignitaries. However, a set of technologies is in progress that show the potential of fueling creative destruction waves of robotics.

Increasing technology capability allows us not only to impress people with the human-like capability of humanoid robots like Sophia or ASIMO. Robots are also gaining the ability to perform tasks in varying conditions. For example, robots with x-ray vision perform a certain task that even human beings cannot perform. They have already become a better replacement for human beings for being more precise in performing certain tasks. As opposed to saving labor, the growing capability of robots for precision operation, wastage reduction, and safety enhancement are gaining traction day by day. Consequentially, we will likely be witnessing the continued advancement of robots and their increasing applications.

However, many of the target applications will require a long journey for making robots eligible. For example, humanoid for performing jobs like a human has already witnessed the journey over last more than 2000 years. In fact, developing human-like innate capabilities in robots is still far-reaching.

The opportunity of using robots for improving quality and reducing costs will keep increasing the attractiveness of robots for addressing competitiveness issues. Consequentially, robotics will be powering the formation and unfolding of creative waves of destruction, often causing disruption to existing jobs, firms, and industries. It’s also being envisioned that robotics is a key technology for powering the fourth industrial revolution. As a result, the future of work will keep transforming due to the uprising of artificially intelligent robots as successive waves of innovation. 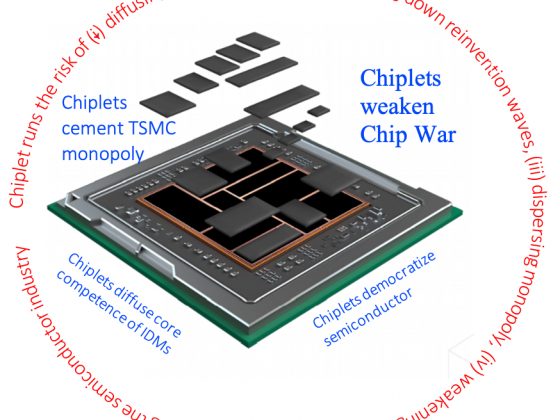