There is a common belief that repetitive and routine jobs are targets of automation. The prediction of the disappearance of such jobs makes many of us nervous. However, not all of them are equally amenable to automation. Lack of clarity often leads to wrong predictions, inappropriate responses, social chaos, and wasteful investments. Hence, we should look deeper to figure out, which makes automating repetitive and routine jobs easy or quite difficult.

A job or occupation is a collection of tasks. For example, a personal care aid profession requires executing 11 major tasks. Similarly, a bus driver needs to perform 17 tasks. Moreover, each task is a collection of a number of sub-tasks. To perform a task, actors need to have task execution capacity. Human beings possess task execution capacity in the form of codified knowledge and skill, tacit capability, and innate abilities.

On the other hand, we build automation capability in machines through designs. It has been found that it is rather easy to automate codified knowledge and skills. The complexity of automating tacit capability and innate abilities are extremely high. Hence, we should analyze jobs and tasks and the need for different types of task execution capacity to predict the likely future of automation and jobs. Due to a lack of clarity on this front, in a certain situation, automating repetitive and routine jobs may turn out to be elusive in nature.

While much has been written about the prediction and sorts of jobs that are likely to be eliminated, another perspective that has not been examined in as much detail is how technology will face barriers in automating tasks requiring humans’ innate abilities. Such analysis is essential for both designers of robots and also for predicting the future demand for skills.

There have many predictions about future job loss due to the uprising of robotics and automation. One of the well-cited predictions indicates that the world will lose 800 million jobs to automation by 2030. This number appears to be extremely high. The factory environment is highly robot and automation-friendly. Over the last 60 years, the global robot population in the factory environment has increased to around 3 million. On average, each robot kills 6 jobs. Hence, at best, we lost 18 million jobs to robots since the introduction of the first robot to GM’s plant. In this long journey, some industries, particularly automobiles, have already automated more than 70 percent of tasks.

Once we attempt to automate jobs outside well deigned structured environments of factories, technological complexity increases exponentially. Moreover, most of the productive activities are being performed either in a semi-structured or unstructured environment. Although sensors and the internet of things (IoTs) are producing high-resolution data, the algorithmic complexity in extracting information reliably by processing those data is quite difficult. Often it takes decade-long research to make a machine vision system comparable to a 4-year-old toddler for recognizing certain objects in varying conditions. For example, for a 4-year-old, it’s not that difficult to recognize an object, like a toy or mobile phone, in different lighting conditions. However, it’s extremely difficult for algorithm developers to imitate such capability in machines. Hence, huge job loss predictions by 2030 may demand a revisit.

In O*Net database, there is an analysis of 1,000 occupations. Many of those occupations, such as truck driving, appear to be highly repetitive in nature. But careful analysis reveals that each of those occupations demands a set of innate abilities. Yes, upon improving structuredness in operation, we can reduce the need for innate abilities. However, there is an additional cost to make the operating environment friendly to automation and robotics. Moreover, in certain cases, there is a limit to introducing structuredness. It also reduces variation, often resulting in the suffering of quality. For example, we use different types of teacups or drinking glasses. To ease the automation, are we going to sacrifice the variation?

Human beings’ innate abilities are vital in dealing with variations. For example, we use the same hand to handle hard, soft, and also flexible objects. We also deal with variations of sizes and shapes very easily. Similarly, we perceive the outside world at a high degree of accuracy in different lighting, weather, and crowded conditions. By born, we are blessed with 52 major innate abilities in four different categories. They are immensely useful in dealing with variations. Furthermore, the ability to deal with such variations plays an important role in our productivity and quality of living standards. Although they look intuitive, often giving the perception that their role is highly repetitive, it’s extremely difficult to automate them.

Robot hand is a barrier to automating repetitive and routine jobs

One of the major barriers of automation to proceed further is the need for robot hands for handling physical objects. With the same pair of hands, robots should be able to handle all kinds of objects. In certain cases, fingers should be flexible and adaptable enough to hold delicate objects like eggs or glass full of water. Although we claim that we have made different types of bionic hands, those hands are extremely primitive. Our progress over the last 300 years is still in the embryonic stage in building human-like robot hands. Our progress next 10 years will not be significant enough for enabling robots to handle objects like us.

Many of the tasks look repetitive and routine; however, they often demand flexible robot hands to automate them. Furthermore, those tasks also demand a vision system to deal with variations. Robots should be capable of recognizing objects in varying conditions. Even when objects are partially visible, robots should be able to recognize them. Hence, it’s fair to say that in predicting the likelihood of automating repetitive and routine jobs, we should look into human hands’ role in performing tasks. In addition to it, we should also look into the role of vision and hand-eye coordination.

Honda started R&D on building a humanoid for automating elderly care service delivery. A long journey of this R&D came up with the world’s best humanoid-ASIMO. ASIMO walked, ran, and played like a human. However, Honda’s R & D team found it extremely difficult to imitate human-like innate abilities to make ASIMO eligible to take over elderly care jobs from humans. Hence, after 28 years of R&D at the cost of $500 million, Honda management stopped further R&D on ASIMO in 2018. Such experience indicates that humanoid robots will not take over a large number of jobs, even they look repetitive and routine, from humans.

Often, we cite that truck driving is a repetitive and routine job. Such an impression created the confidence of undertaking autonomous driving projects. Upon spending more than $80 billion over 10 years or so, many of us are now skeptical about the emergence of driverless cars or buses in busy city streets. The subtle role of innate abilities is holding back automation. For example, intuitive eye contacts between drivers or drivers and pedestrians in sharing busy intersections appear to be insurmountable barriers to automation.

Hence, before making predictions about automating repetitive and routine jobs, we should look into the role of humans’ innate abilities. We should assess the degree of complexity in automating those roles. Otherwise, we run the risk of making gross mistakes in coming up with a prediction. Moreover, such a mistake also leads to wasteful investment. Due to high prediction errors, society also suffers from making an inappropriate response, subsequently running into chaos at the induvial and family levels. Furthermore, in the absence of such detailed analysis, it has also become difficult to predict the future demand of innate abilities, which are often termed as soft skills.

These skills, which we have got by born, are the hardest to understand, codify and automate, and these skills that give — and will continue to give —humans an edge over robots. Hence, it’s time to focus on detecting their roles in jobs or occupations where we are in and keep sharpening them for making our importance immune to the invasion of automation and robotics. 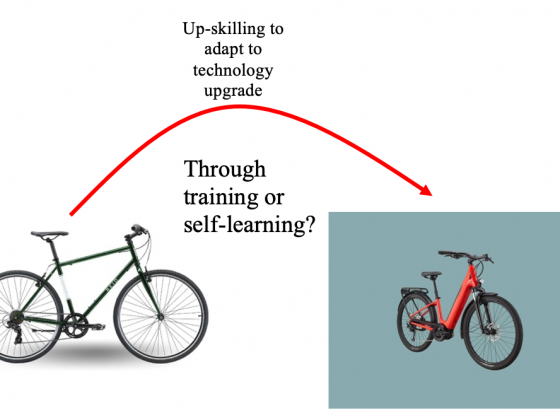