In a mission of being a developed country, aspiring developing countries have been investing in science & engineering education and research. As a result, they have been witnessing growth in R&D spending, the number of S&T graduates, and scientific publications. For example, India publishes more scientific papers than Japan does. Besides, China has taken over the global top spot. However, the correlation between such progress in graduates and publications and economic growth yet to show up. On the other hand, without scientific capability, how can these countries succeed in creating an endless frontier of growth? However, the challenge is to establish a bridge in building high-end scientific capability and driving economic growth. It appears that Japan’s bottom-up approach offers a lesson for developing scientific capability out of driving economic growth.

As opposed to doing research and making publications first and looking for practical applications later, Japan’s scientific successes have been bottom-up. Upon detecting the innovation target out of scientific advancement, Japan embarks on doing research, making publications, and filing patents. Their S&T approach appears to be the implementation part of the profit-making innovation strategy.

In the 1960s, a small Japanese chemical company was busy producing phosphor material for fluorescent lamps and CRT tubs for computers and TVs. In the 1970s, the company targeted to enter into the electric lighting business. As an entry strategy, the company came up with the strategy of changing the light bulb’s technology core. Instead of filament or florescent tube, they targeted using the LED chip for producing light. However, the blurry blue LED was the barrier to produce a high-quality light bulb.

Hence, Nichia took a decision to invest in S&T R&D for figuring out the root cause of the limitation of blue LED and developing effective as well as efficient means to address it. This R&D endeavor led to the discovery of underlying science in explaining which was preventing the production of perfect blue LED. The culprit was the presence of hydrogen. Subsequently, Nichia succeeded in inventing a solution for perfecting white light from the LED. This has led to a remarkable lighting innovation. Consequently, Nichia made an entry into the lighting business and emerged as the best-LED chip maker in the world.

In this mission of creating an entry in the lighting business, of course, Nichia’s sponsored scientific publications and patents. And the progress was so deep that one of the Nichia sponsored R&D team members got Nobel Prize in 2014. Instead of after conducting R&D, making publications and filing patents, Nichia did not start looking for innovation opportunities. Rather, Nichia targeted the profit-making innovation business first. Such a market-driven, bottom-up approach offers a very strong correlation between S&T investment, profit-making, and economic growth.

In the late 1940s, Sony was a radio repairing shop. However, Sony’s top two, Mr. Murita and Mr. Ibuka, had a strong background in science. Upon the invention of the Transistor in 1947 by Bell Laboratories, Sony’s founders envisioned the future possibility of the Transistor. Hence, in 1952, Sony took the license of production and refinement of the Transistor.

Sony embarked on using the Transistor to innovate pocket radio. However, the licensed Transistor was in primitive form. To exploit the innovation potential of radio, Sony faced the challenge of making Transistor better and cheaper. Fortunately, Sony’s top management envisioned the possibility of making it happen by knowing the underlying science for creating the flow of ideas for fine-tuning both the design of the Transistor and the production process. Hence, Sony initiated the R&D program in solid-state physics—for making better quality transistors at decreasing cost.

The sole purpose of this R&D program was to make Sony’s transistor radio increasingly better and cheaper to produce. This journey led to making transistor radio as a disruptive force to the vacuum tube-based big radio box. Subsequently, Sony emerged as a mega force in consumer electronics while making American icons like RCA bankrupt.

The R&D mission fueling the nurturing of better-quality transistors at decreasing cost led to making many publications and filing patents. Like Nichia’s journey, Sony’s transistor R&D journey also led to winning Nobel prize by one of the team members—in 1974. Such a high caliber scientific R&D journey’s sole purpose was to pursue profit-making opportunity out of refinement of Transistor. Hence, such a bottom-up approach appears to be highly rational in developing the scientific capability to drive economic growth.

Upon more than a decade-long R&D for exploiting the electronic image sensor’s latent potential, Sony opened the profitable exploitation of innovation opportunity of portable digital cameras–in the 1980s. However, both Sony, Ashai Kasei and other Japanese companies started feeling the extreme necessity for high energy-density lightweight batteries to exploit this potential. In pursuit of finding suitable battery technology, a research effort started. It began with the prototyping of a lithium-ion battery in 1985—based on a scientific concept demonstrated in the early 1970s by the British and American scientists.

Although the prototype showed the potential, it was not capable enough to meet Japanese companies’ innovation necessity. Hence, under Sony and others’ patronization, the long journey of scientific R&D started to discover scientific knowledge, transfer it to a flow of ideas, and integrate those ideas into the design and production processes of lithium-ion batteries. This scientific journey has been the underpinning of making lithium-ion batteries increasingly better and also cheaper. In addition to commercial successes, this profit-making journey of R&D has also produced high-quality publications and patents. Scientific advancement has been so deep that one of the Japanese R&D team members received a Nobel prize for the contribution to Lithium-ion battery in 2019.

During the first two decades of the 21st century, 15 Japanese have received Nobel Prize in Physics and Chemistry. This achievement is highly significant, indeed. However, as opposed to pursuing science for knowing the mystery of the universe and exploiting commercial opportunities afterward, many of them had roots in exploiting commercial opportunities. Particularly, the winning of the Nobel Prize by Shuji Nakamura in LED and Akira Yoshino in the lithium-ion battery is a byproduct of their scientific endeavor in pursuing targeted profitable innovation opportunities. Similarly, winning of Nobel prize by Leo Esaki in Physics for his work in electron tunneling in semiconductor materials is also an offshoot of Sony’s journey of exploiting the commercial prospect of Transistor.

The review shows that Japanese companies have shown a model of market-driven bottom-up approach for developing scientific capability. They started the journey with the detection of profit-making innovation opportunities out of science and technology excellence. In order to turn that potential, they needed scientific discoveries and technological advancement. This necessity of creating commercial success led to the embarking of R&D, leading to publications and patents. It has been a market-driven bottom-up approach. Such an approach appears to have a very strong correlation between the advancement of science and technology, the profit-making performance of firms, and country-level economic growth.

Among developing countries, India and China have been reporting recent achievements in scientific publications and patent filing—particularly by China. Both of these two countries have occupied their place among the top three publishers of scientific articles. Besides, China has occupied the top global position in patent filing. In the past, India also received Nobel Prize in Physics. Notable Indian Nobel laureates in Physics and Chemistry are C.V. Raman, Subrahmanyam Chandrasekha, and Venkatraman Ramakrishnan. However, India’s success in turning the scientific advancement made by them and staggering recent publications into economic value appears to be not noticeable.

On the other hand, the scientific achievements of Russia or the former Soviet Union appear to be highly remarkable. It’s not only that nine Russians received Nobel prize in Physics and Chemistry, but two of them also got in Laser physics. However, the successes of Russia to transfer such scientific achievements into a profitable business of innovations yet to surface. As a matter of fact, still to date, Russians have been funding scientific missions out of the revenue they generate from natural resource and military hardware trade.

Of course, developing countries have a weak capacity for making scientific discoveries and inventing technologies. Nevertheless, some of them have shown noticeable successes. However, they have been invariably failing to transfer those demonstrated successes into economic value. Hence, for them, the challenge is to figure out a way of allocating limited resources to those scientific journeys that will likely produce economic value in this globally connected competitive market.

Often, we have a strong belief that there is a natural correlation between science and technology outputs like graduates, publications and patents, and economic growth. Unfortunately, the reality points to an exception. On the other hand, there is also a belief that scientific discoveries and technological inventions will eventually lead to economic gain. Unfortunately, it does not have a strong correlation either. Moreover, the linear model of producing scientific discoveries and turning them into profitable innovations is highly risky and demands a long time.

There has been an alternative approach—demonstrated and perfected by the Japanese over the last 70 years. This is about lateral entry to the business of existing products, as opposed to innovating completely new products out of the inventions and scientific discoveries. In fact, most of the industrial products are in the process of evolution. One of the driving factors has been technology. Technology advancement has been a strategy for changing the technology cores of existing features and adding new features. Such a strategy leads to releasing successive better versions. Consequentially, it creates entry opportunities for new entrants and enhances the market position of existing ones. 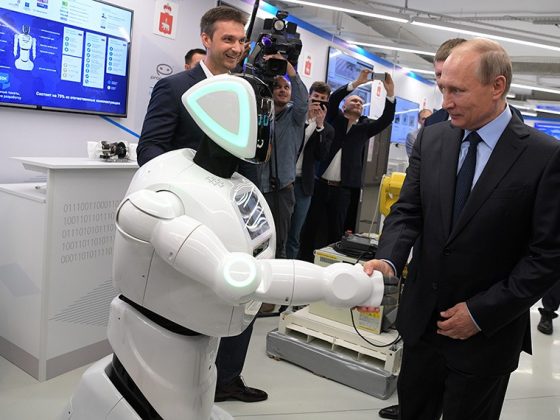 Failure of Russia in Innovation Economy—a lesson for state intervention