The cumulative effect of dozens of inventors from Europe, Russia, America, and Japan, over a century, culminated in the invention of Television. The evolution of television is also spread over decades and geographies. Like many other great ideas, Television has been evolving through a flow of ideas, resulting in progressive diffusion.  The following diagram shows significant steps in the evolution of Television over almost 100 years.

Evolution of Television Resolution and Shades:

Nowadays, a typical television-grade display panel provides 8 bits of control per primary color. It means that the value of primary colors (Red, Green, and Blue) could be set to any of 256 different brightnesses, including black (0) and full-on (255). That produces 256 x 256 x 256 = about 16.7 million different color combinations! Besides, most modern televisions produce images of more than 600 lines of resolution. To be specific, HDTVs have 720 or 1,080 lines, while analog TVs used 525 or 625 lines.

In contrary to today’s above 16 million shades, in 1925, Baird gave the first public demonstration of televised silhouette images in motion. Furthermore, Baird’s demonstration produced moving images with only 32 scan lines at five frame-rate per second, just enough to recognize a human face. By 1927, Japanese inventor, Takayanagi improved the resolution to 100 lines. Baird’s subsequent work soon increased to a rate of 121⁄2 frames per second and 30 scan lines, leading to a peak of 240 lines in 1936.

As early as 1928, using the mechanically scanned 120-line image, John Baird demonstrated color television.  He used scanning discs at the transmitting end. For receiving, he used three spirals of apertures, each spiral with filters of a different primary color. In 1929, Bell Laboratories also demonstrated color television with the support of scanning disc, amplifiers, glow-tubes, color filters, and a series of mirrors to superimpose the red, green, and blue images into one full-color image. Before surrendering to a fully electronic device, in 1940, Baird also demonstrated a color television combining a traditional black-and-white display with a rotating-colored disc.  Subsequent development of full electronics means led to a successful color television system based on a system designed by RCA. On December 17, 1953, commercial broadcasting of color Television began.

Commercial television set production, in 1939, started the journey with cathode ray display. RCA’s model TT-5, released in 1939, had a 5-inch CRT display screen. The more expensive model, TRK-12, had a 12-inch screen size. Since then, the screen size has been increasing.  To overcome the limitation of the CRT tube, a projection television was developed to increase the viewing area. With the support of a bright beam of light and a lens system, it projects the video, produced from a small display to a much larger size viewing surface, resulting in a magnification of viewable screen. Different techniques such as CRT projector, LCD projector, and digital light processing projector emerged. Until approximately 2006, televisions having screen sizes large than 50 inches mainly were using projection display technology.

Despite its popularity until early 2000, LCD and Plasma flat panels started to emerge. With the growing popularity of LCD and Plasma, projection lost its appeal. Although a flat plasma panel had an early lead in the race, LCD became the winner. Since 2010, LCD has been dominating television displays, having increasing sizes reaching above 80-inch.

The Emergence of Smart Television:

It began the journey as intelligent Television in Japan in the 1980s. The traditional television set has been updated with integrated Internet and interactive Web 2.0 features, giving birth to the smart television. It has given the option to users to stream music and videos, browse the internet, and view photos. It’s the unification or convergence of three major technologies: (i) computers, (ii) televisions, and (iii) digital media players.

Evolution of Television as Smartphones:

In television viewing, there have been three significant developments such as YouTube, Netflix, and Smartphones. There has been a growing trend of uploading TV programs as YouTube video content. With smartphones, customers are getting increasingly used to consuming such content. Among others, NetFlix is making a significant contribution to this transformation.

In the early part of the 20th century, Television started the journey through mechanical technology core. Scanning disks, light bulbs, mirrors, commutators, and prisms were among the significant components. In the 1930s, RCA took a considerable step to substitute mechanical means with electronics. Some components are iconoscopes, cathode ray tubes, and electronic signal processing devices like valves or electron tubes. Japanese companies, led by Sony, led the change of valve with the transistor, making Television less bulky and energy hangry. Subsequently, CRT-based display technology was augmented with the projection method.

However, Japanese companies in the 1990s made a massive investment in R&D for exploiting the possibilities of plasma and LCD for substituting bulky CRT displays. Although commercialization of Television led by RCA created a large television industry in the USA, the creative destruction effect, leading to disruptive innovation, caused by the change of technology core by Japanese companies migrated the television industry across the boundaries of firms and industries.  It’s also interesting that television has been evolving being very big as well as small. On the one hand, we want a large wall-mounted television. On the other hand, we are getting used in using our smartphones as television. 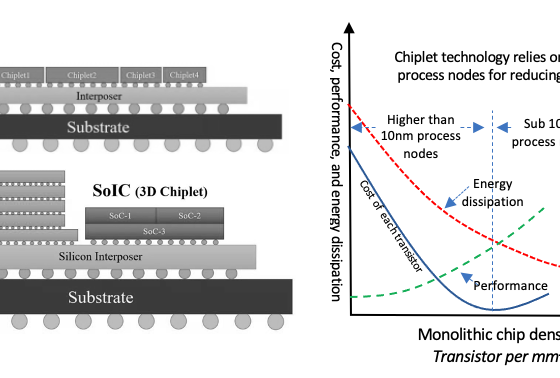