Made in China 2025 places the automobile reinvention agenda at the top. China began the journey of building the automobile industry by adding value out of labor and locally available natural resources. It was assembling and manufacturing automobiles. Consequentially, annual vehicle output increased from less than 2 million vehicles in the late 1990s to 9.5 million in 2008. The number of units placed China ahead of Korea, France, Germany, and the United States. Only 2nd to Japan.

But China detected bleak future prospects in this apparent huge success. China felt that this success would not lead to meeting its aspiration of developing globally competitive automobile industry. Hence, it changed the strategy from a less risky path of manufacturing foreign products to a highly risky reinvention–creating an entry out of disruption. Why is China desperate for this risky adventure intriguing indeed. What has China been doing in creating success in its self-adopted risk journey of automobile reinvention?

Unlike Japan, Germany, and the USA, China’s success in automobile production started due to foreign direct investment. China also succeeded in materializing alliances and joint ventures between international automobile manufacturers and Chinese partners. But they were busy manufacturing the design of foreign brands for local consumption. On the one hand, local value addition was very low out of labor. Besides, those partnerships were unlikely to promote Chinese exports that compete with the products of international automobile companies in other markets.

Hence, companies like Geely, having a strong interest in export, did not have strong ties to foreign car producers. As a result, they were facing an apparently insurmountable barrier to meeting industrialized countries’ safety and emission standards. Furthermore, mechanical components like internal combustion engines reached saturation in their life cycles; China could not have much headway to develop competitive advantage through R&D. Even the acquisition of foreign brands like Volvo by local firm Geely did not create much headroom.

Hence, China was desperate to pursue an alternate strategy. As opposed to replication and incremental innovation of matured products, China adopted the journey of pursuing automobile reinvention. This is about creating the higher value addition scope out of ideas in the automobile reinvention by changing the matured as well as polluting internal combustion engine with battery, electric motors, power electronics, and software. This strategy also poses threat to cause the disruptive effect to the dominance of incumbent automobile makers.

At the dawn of the 21st century, the motor vehicle population in China started to increase at an annual rate of ~15%. Hence, air pollution-related vehicular emissions also kept growing more or less at the same rate.  Since the serious PM2.5 pollution incidents in Beijing in 2013, China’s air quality, especially in many cities, has received unprecedented attention. Among all other sources of pollutants, researchers and the public started increasingly perceiving vehicle emissions to be a significant factor in deteriorating air quality. Hence, China found the reinvention of the automobile as an electric vehicle as the solution to this growing health problem.

Unfortunately, electric vehicles at the dawn of the 21st century were not an economically better alternative to gasoline ones.  Hence, instead of just manufacturing electric vehicles to create economic value out of labor and dealing with growing air pollution, China eyed EV as a possibility to enter into idea economy. China found that the success of electric vehicles hinged on the performance and cost of the battery module. Furthermore, the battery was at the early stage of development in the 2010s and was amenable to progression by the addition of flow of ideas. Hence, China embarked on acquiring the capability of keep improving the battery technology through local production of ideas out of R&D.

To kick start the journey of creating a flow of ideas and adding them to batteries, China acquired a battery-making unit of Japanese TDK. From this acquisition, China’s CATL started producing increasingly better batteries at a decreasing cost. To accelerate this process, China linked the EV incentives to the battery module’s performance improvement and cost reduction out of ideas. This strategy has been a key for China’s progress in creating economic value out of ideas in automobile reinvention.

China’s also focused on accruing the deposits of minerals for building battery packs. It went further for setting up the refining capacity of those minerals. Some studies suggest that “China today controls 70-80 percent of the global trade of most critical minerals.” For example, eight of the 14 large cobalt mining firms in Congo are now Chinese-owned. They account for half of Congo’s output.

Rise of CATL and BYD as Automobile Idea Exporter:

Among the top 10 global battery manufacturers, China’s CATL and BYD have a strong position. CATL had a 25.8 percent market share in 2020, while BYD had 6.8 percent.   With businesses covering R&D, manufacturing, and sales in battery systems for new energy vehicles and energy storage systems, CATL has emerged as the global leader.  BYD owns the integrated value chain from mineral, battery cells to battery packs.

Unlike other Chinese manufacturers, CATL has developed a strong R&D base for creating value from ideas in automobile reinvention. According to a Chinese Securities Journal, as of 2021, CATL’s main R&Dpossesses 6,405 patent applications. Furthermore, the patent portfolio has been rapidly growing, leading to a growth rate of 245.46 percent over the last three years. Besides, these patents are not related to appearance design. Instead, they are the outputs of basic R&D for advancing the performance and lowering material needs. So far, according to Researchers at PatSnap, CATL has filed PCT applications for 814 intellectual property items in 13 countries and regions.

America’s Tesla and Europe’s Automakers are Powered by China’s Battery:

Tesla is America’s upstart leading electric vehicle invention. But its battery module is supplied by CATL, Panasonic, and others. In 2021, CATL struck a deal to supply 45 GWh of lithium-iron-phosphate batteries to Tesla. That is enough to power about 800,000 vehicles, likely to be produced in 2022. Such a reality also raises a vital question–will Tesla succeed to grow as a disruptive force?

Furthermore, BMW announced in 2018 that it would buy €4 billion worth of batteries from CATL for use in the reinvented Mini and iNext vehicles. Such development indicates that China’s automobile reinvention has already succeeded in exporting ideas in the form of battery modules to top global automobile makers. As opposed to China remaining an importer and assembler of critical parts, China has emerged as the exporter of major parts of an electric vehicle.

Like many other reinventions, the electric vehicle also debuted in primitive form. Electric vehicles emerged as a far poorer alternative to gasoline automobiles with respect to charging time and range. Hence, China took several measures to create demand for rolling out this automobile reinvention. Among others, through regulatory measures, China started discouraging gasoline vehicles. Furthermore, it began offering subsidies to electric vehicle. China-linked subsidies with the performance improvement of the battery pack. Besides, it kept lowering subsidies to push battery makers to accelerate idea production. For example, according to updated policy in 2021, “the subsidy for pure electric vehicles (PEVs) with a driving range of 300-400km will be lowered to 13,000 yuan ($2,013) per vehicle, from 16,200 yuan in 2020.”

China’s failure to create a path of exporting automobiles ideas led to embarking on automobile reinvention. This is due to the maturity of gasoline vehicles and reliance on manufacturing products of foreign brands. Hence, despite the early success of production volume, China embarked on automobile reinvention. Indeed, it was a risky adventure. China has taken a list of strategic measures for creating a market of ideas for the electric vehicle. In addition to developing R&D-based battery producers (like CATL and BYD), China has also acquired mineral deposits and developed refining capacity.

Its policy of linking subsidies to performance improvement has already uplifted its local firms as the exporter of battery ideas. They are exporting them to global brands like Tesla, BMW, and Mercedes. Hence, the desperate move of automobile reinvention has uplifted China to creating economic value out of ideas. As opposed to remaining manufacturers or assemblers of the designs of the global brands, China has emerged as a designer and exporter of critical components to global brands. However, to make this uplifting, China had to take a smart move. It had to envision technology possibilities for powering automobile reinvention. Besides, it took a long-term strategy and ensured a synchronized response for its implementation. In retrospect, Japan’s innovation-centric industrial economy grew out of the reinvention of many major products.  This strategy is also contributing to the growing diffusion of electric vehicles as progressive waves. 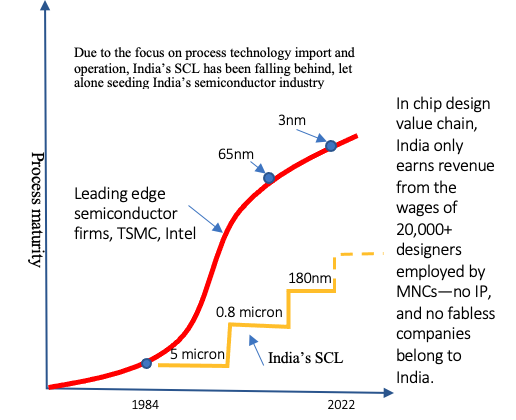 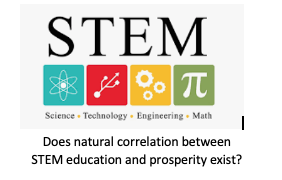