Apple, Microsoft, Intel, and many other technology companies invest billions in developing new products and releasing the subsequent versions. But they charge only a tiny fraction of that R&D cost to each customer. How do they make a profit? From Silicon to Software, technological economies of scale are at the core of innovation success. Unlike economies of scale, it does not derive cost advantage from the scale of operation. It’s not about simply dividing the upfront capital investment by the number of units we produce. The challenge is not just to spread the cost over many units. Instead, technological economies of scale focus on leveraging technological possibilities in advancing products and processes so that quality goes up sharply, but the marginal cost of replication of ideas remains negligible. To make it happen, innovators face daunting R&D challenges to make the ratio of marginal quality and cost extremely high.

Like Television, computers, mobile phone, phonograph, lightbulbs, and word processors, every technological innovation begins the journey in a primitive form. Willingness to pay for such primitive emergence is very low. By setting a price point, innovators only sell the initial version to a few customers. Invariably, innovators suffer from loss. How to turn this loss into profit? Despite the help, conventional means like increasing the price, cutting costs, offering subsidies, increasing production, or giving advertisements do not address the issue. The challenge is to increase the willingness to pay among a growing number of customers and reduce the per-unit cost. To address this challenge, innovators focus on R&D for producing ideas for increasing quality. Those ideas should also reduce per unit material, energy, and labor, among others, need to reduce cost, resulting in technological economies of scale.

Economies of scale in the technology industry differs from scale effect in manufacturing, telecom, and infrastructure:

Let’s assume that a car manufacturer has set up a plant at the cost of $100 million with the capacity of producing 1,00 cars per day. Per day cost of capital expenditure and overhead is $100 thousand. Let’s assume that variable cost like components and labor in making each car is $10 thousand. Now, if the plant produces only one car per day, the per-unit cost of production is $100+$10=$110 thousand. But if the output goes up to 10 vehicles per day, the per-unit cost comes down to $10+$10=$20 thousand. As we keep driving fixed costs (capital + overhead) over a growing number of units, the per-unit production cost keeps falling. We call this effect economy of scale in manufacturing and many other operations. The trend will continue and will reach the minimum efficient scale (MES) at the operation of full capacity.

Among many other industries, telecom has a strong tendency to show very high economies of scale. This is because establishing a network demands very high capital expenditure (Capex), but the marginal cost of connecting and serving each subscriber is negligible. Hence, the cost per unit keeps falling with the growth of subscribers. Due to negligible marginal cost, MES for telecom networks is extremely low. For this reason, upon investing even a billion-dollar, an operator makes a profit by charging only 1 dollar per subscriber per month. Physical infrastructures, like roads, air, utilities, and seaports, experience similar economies of scale effects.

But those examples of economies of scale differ from technological economies of scale. It does not naturally exist. Innovators need to create it through intelligent investment in R&D and an appropriate market penetration strategy.

As mentioned, all significant innovations emerge in a primitive form. For example, compared to today’s ones, a mobile handset in the 1980s was highly primitive. Even upon selling that primitive product at a very high price, innovators suffer from a loss. For example, Motorola did not make money by selling the mobile handset DynaTAC at $3995. Apple did not profit from the sale of Apple I at US$666.66 (equivalent to $3,032 in 2020).

Similarly, as the retailing of the first smartphone SIMON at $1099 (around $2,166.58 in 2021) did not make money, IBM discontinued it within the first year of release. But how does Apple or Samsung make an enormous amount of money by selling far better smartphones at a far lower price? Is it due to economies of scale advantage? If the answer is yes, why could not IBM do the same?

The underlying success factor of Apple, Microsoft, Sony, and many others is the technological economies of scale. To create it, the first challenge for the innovator is to create a willingness to pay for the innovations among a growing number of customers. Among others, the addition of features, redesign, and enhancement of existing features have the potential to increase the willingness to pay.

But what will be the cost implication of this exercise? To create technological economies of scale advantage, it must not increase the cost proportionately. Instead, the cost per unit should go down. Hence, the challenge is improving the quality and reducing the cost simultaneously. On the backdrop of additional R&D cost, achieving this conflicting requirement is a challenge indeed. But, it’s a must for innovations out of high-tech to succeed as creative waves of destruction, leading to disruptive innovations.

On the supply side, our challenge is increasing the quality and reducing the cost to sell improved products among a growing number of customers at the same or even higher price. Hence, R&D should lead to technology advancement to improve quality, but the marginal cost of implementing those quality ideas should be negligible. Instead, R&D should target those ideas which will enhance the quality and reduce the cost simultaneously.

Although it sounds conflicting, innovators have been succeeding in making it happen. For example, the quality of lithium-ion battery packs has been increasing; but the cost has been falling. Innovators have been generating and adding ideas in both the products and processes to make it happen. Those ideas are helping to store more energy per unit of material, a critical success criterion of creating technological economies of scale.

Fortunately, we have multiple options in replicating the successful example of a lithium-ion battery. For instance, Apple pursued the idea of replacing the physical keyboard with the software-intensive multitouch user interface. On the one hand, users find it better than having a physical keyboard. On the other hand, Apple saves money as the per-unit cost of implementing the multi-touch interface is far less than making a physical keyboard for each unit.

Similarly, by adding and improving features to software applications, Microsoft kept increasing the willingness to pay. Hence, by selling the same software to a growing number of customers, Microsoft reduces the per-unit cost as the cost of copying software is almost zero. Similarly, by exploiting photolithography technology, silicon chip producers have been succeeding in offering higher-quality chips at decreasing cost. On the other hand, to create the technological economies of scale advantage, Amazon had to convert physical books into e-books.

Leveraging technological possibilities also help us in creating demand-side economies of scale. For example, Facebook has created certain features for increasing the perceived value with the growth of the subscriber base. Similarly, service delivery over the networked platform offers the scope of adding ideas for improving the perceived value, leading to growing willingness to pay, with the growth of customer base. One of the notable examples has been the telemedicine or e-commerce platform. Among many other examples, App stores have been contributing to the creation of demand-side economies of scale.

Creating technological economies of scale advantage is at the core of creating innovation successes. The uprising of large companies such as Facebook, Apple, Amazon, and many others is due to their success in creating and leveraging it. In its absence, just subsidies for expanding the market do not create the much-needed scale advantage. Sometimes, it’s misunderstood, leading to inappropriate strategy in creating startup success. Notably, the current startup rush has been failing to comprehend and leverage it. Hence, instead of focusing on R&D, they have been after providing subsidies in expanding market footprint. But in its absence, despite the success of fundraising out of buying customers with subsidies, most startups will fail to reach profitability. On the other hand, mere technology integration and digitization alone do not create sufficient technological economies of scale advantage. 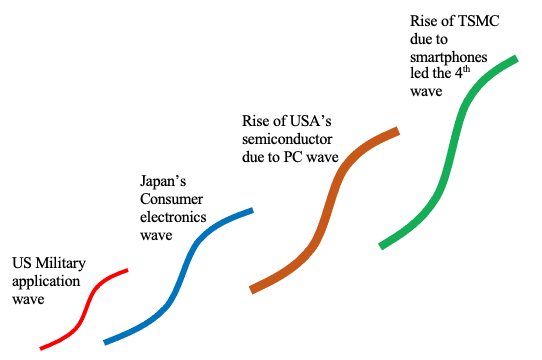 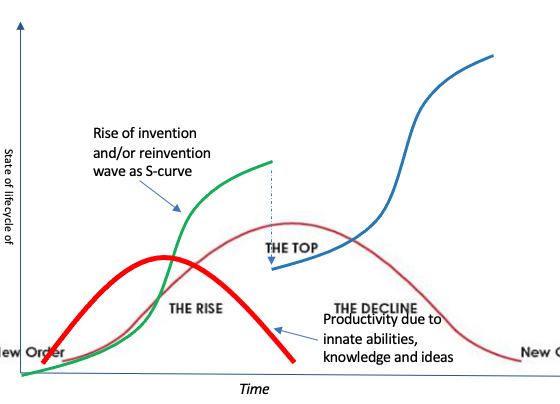