Creative destruction vs disruptive innovation often creates debate. Creative ideas lead to the offering of better products at less cost. As a result, existing products suffer from loss of demand. This effect appears as destruction to incumbent products. Prof. Joseph Schumpeter coined it as creative destruction. Since the 1950s, it has become part of the study of economics. He derived this insight from the work of Carl Marx. At the core is humans’ creativity, and the urge to get jobs done better. Creativity produces innovative ideas. Ideas for redesigning products and also processes, produce successive better versions at less cost.

Apart from incremental advancement, innovators may also pursue reinvention by changing the mature technology core with an emerging one, forming a new wave. Often, incumbent firms fail to switch to this new wave. In explaining the failure of high-performing incumbent firms to the disruptive force of the next technology wave, Prof. Clayton theorized it as disruptive innovation. Let’s dig down further to shed light on the creative destruction vs disruptive innovation debate.

This development has also raised many questions. Are these two concepts complementary or contradictory? Does Prof. Clayton have to offer any unique insight? What are examples of disruptive technologies and innovations? Is creative destruction vital for sustained prosperity? And many more.

In the simplest form, creative destruction is the effect of recently released better quality products, often at less cost, on the appeal of previously released ones. It does not necessarily cause destruction to exiting jobs and firms. On the other hand, the destruction of jobs and firms due to the rise of a new wave of reinvention, out of alternate technology core, is disruptive innovation. It’s also creative destruction. But if an incumbent firm suffers from disruptive effects due to the failure to switch to the new wave, this is Prof. Clayton’s disruptive innovation.

The genesis of creativity and ideas

Unlike other living things, human beings are creative. They produce ideas to recreate products. Philosophers like Aristotle or Socrates observed this recurring pattern in human behavior. They termed it as Praxis. Human beings are in a relentless race to improve their quality of living standards. They need a series of jobs done. Starting from basic hygiene to communicating with one another, the list is endless. More importantly, the list is growing. They are not content with the current state. Hence, human beings are after the endless journey of having better tomorrow.

Ideas play a vital role in creating economic value. We mix ingredients with ideas to produce economic outputs. The market value of produced outputs is often more than the cost of inputs. Ideas of mixing ingredients are creating the difference. Prof. Paul Romer has articulated ideas and objects. We have limited objects. But human beings have the capability of producing unlimited ideas. This is a hope of sustained economic growth. This capability is vital for meeting growing consumption.

For example, we use silicon to produce transistors to make computers. We are increasingly producing more transistors from the same amount of silicon. Similarly, we are redesigning engines to extract more energy from the same amount of fuel. What is underpinning? We are generating knowledge to fuel the flow of ideas to produce more with less. Ideas to keep producing better quality products at a decreasing cost are vital for sustained economic growth.

Role of the market in nurturing ideas

In modern times, digital cameras in the early days were of no use. Even the cell phone was also of limited value in the 1980s. But interestingly, all of those primitive products have been growing, being better as well as less costly. Who has been doing it? Profit-making opportunity is driving competition of refining and adding ideas. There has been a flow of ideas of redesigning for offering better products at a lower cost.

Schumpeter’s “gale of creative destruction” describes the “process of industrial mutation. It continuously revolutionizes the economic structure from within. It is also incessantly destroying the old one, and regularly creating a new one. Well, the obvious question is, how does it happen? Which powers such transformation deserves clarification. In a competitive market, consumers are looking for better products at a lower price. Producers are after increasing profit. To address this conflicting situation, producers are in the relentless race of ideas. Ideas are for advancing technologies and redesigning existing products and processes. Ideas are also for innovating new products. This is about the competition of offering better products at a lower cost to make more profit. In the process, consumers are better off for getting better products at a lower price.

The competition of offering better products at a lower cost to make more profit also makes consumers better off.

However, once one stream of ideas saturates, producers look for another stream of the flow of ideas. This stream grows to offer substitution to existent means of getting the job done. For example, the digital camera grew as a substitution for a film-based camera.

Often start-ups, as opposed to the incumbent, pursue the next wave. As a result, not only products around previous steam of ideas or technology gets destroyed. But also, firms, jobs, and industries get also destroyed due to the uprising of the next wave of creative ideas. For example, the uprising of electric vehicles is posing threat to the destruction of jobs, firms, and industries engaged in gasoline engine production. The flow of ideas also supports the innovation of similar products around the same technology core. For example, Intel has a family of computer chips as opposed to just a single one. This effect could be called a mutation. Well, where does Clayton Christenson’s disruptive innovation fits into it? Or, does it explain a completely new phenomenon?

The surfacing of ideas forming new technology core is at the heart of the thesis of disruptive innovation. Often innovations around this new technology core emerge in primitive form. Such primitive products are inferior to cause substitution effect. For example, a digital camera in the 1980s was highly inferior to film cameras. Similarly, transistor pocket radio in the 1950s was also primitive. Innovators target those customers who were failing to get their jobs done with incumbent products. To professor Clayton, they form the non-consumption. To American college graduates, cabinet top radio was not suitable for the job of enjoying rock and roll with friends. Similarly, the film camera was no good to show what has been captured instantly.

Most importantly, the new technology core should be highly amenable to growth. Innovators invest in R&D for producing a flow of ideas for making successive versions better as well as less costly to produce. Eventually, the flow of creative ideas succeeds in making this once primitive product a better substitute. Interestingly, incumbent firms offering matured products around existing technology core do not lead this new wave. Often loss-making, small revenue does not create incentives for incumbents. But for entrepreneurs looking for entry, find risk-taking worthy. As a result, once products around the next technology core start getting stronger substitutes to existing ones, incumbent firms and industries start suffering from disruption.   Prof. Clayton’s articulation of the uprising of innovations around new technology core destroying jobs, firms, and industries has also created a debate about creative destruction vs disruptive innovation.

Often loss-making, small revenue does not create incentives for incumbents. Hence, it posses decision-making challenges. Prof. Clayton termed it as the  Innovator’s Dilemma. But for entrepreneurs looking for entry, the risk-taking is worthy.

Examples of disruptive technologies and innovations

Technology itself does not cause disruption. Technology powers innovation to cause such an effect. For example, the electronic image sensor is a disruptive technology. This technology fueling digital cameras caused disruption to films. By the way, the digital camera industry was disrupted with the uprising of the smartphone. Similarly, the multitouch technology-powered iPhone caused disruption to Nokia. There are many other examples. Such as transistor powered Sony’s radio caused disruption to vacuum tube-based radio makers like RCA. Disruptive technologies emerge from a new wave of knowledge and ideas. And they drive creative destruction. Another example is online education. A group of technologies has been powering innovation to cause creative destruction. So far it has been a complement to existing ways of delivering educational services. But will it grow as a destructive force to cause disruption to jobs, educational institutions?

Disruptive technologies need to be highly amenable to growth. They should rapidly grow to reach a far higher level than the incumbent ones. For example, knowledge of image formation with electronics is completely different than film. In order to be disruptive, such technologies should be highly amenable to growth. This growth is vital for making innovations increasingly better as well as cheaper. For example, lithium-ion battery technology is showing disruptive potential. To succeed to power electric vehicles to cause disruption to gasoline, it must keep progressing. By the way, neither all technologies nor all innovations are disruptive.

Upon taking advantage of technology, firms often grow as monopolies. For example, Kodak grew as a monopoly in the film-based imaging industry. Patents, complementary assets, scale effects, externalities, and brand value contribute to monopolies’ growth. Unlike in resource-based industries, these monopolies by offering better products at a lower price. Often regulation is harmful, as it slows down innovation. It’s interesting that often disruptive innovation does far better jobs than regulation to deal with monopolies. For example, Apple caused disruption to Nokia’s price-setting monopolistic market power. Similarly, personal computers caused disruption to mini and mainframe makers.

As opposed to regulation, it might be wiser for the Governments to fund R&D to fuel the next wave of innovation to cause disruption to monopolies. This effect of disruptive innovation has linkage with Marxian economic theory. It underpins the dynamics of accumulation and annihilation of wealth under capitalism. For example, Kodak’s shareholders accumulated significant wealth. This wealth accumulation melted suddenly due to the uprising of digital cameras’ disruptive power.

Creative destruction is human beings’ inherent characteristic. It fuels Humans’ endless desire for the continued growth of living standards. On the one hand, this creative destruction is the driver of economic growth. Prof. Schumpeter attempted to understand it from the perspective of dynamism in the way economies evolve. On the other hand, Prof. Clayton attempted to understand why does such dynamism makes incumbent high-performing firms vulnerable to the uprising of creative force. I hope this article made some progress in clarifying issues related to this ongoing debate: creative destruction vs. disruptive innovation. Its interpretation within the context of a unified theory of innovation offers added clarity.

For further insights on Creative Destruction vs Disruptive Innovation: 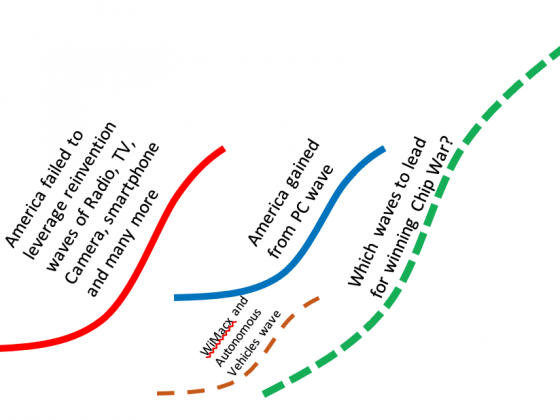