Ideas are at the core of creating wealth. Hence, there should be a natural correlation between the supply of ideas and the state of poverty. However, the flow of ideas from foreign sources runs the risk of persisting poverty in poor countries. We trade natural resources, labor, knowledge, and ideas. Often the journey begins with the trading of natural resources. Subsequently, individuals, firms, and countries qualify to trade the other three, often in sequence. Ideas create the demand for natural resources, labor, and knowledge. In the course of time, however, ideas keep lowering the demand of those three production factors. Hence, countries solely relying on importing ideas will observe initial growth. But unfortunately, that growth trend will saturate and perhaps will start declining. Hence, there is a high risk that the import of ideas persists poverty.

In the development literature, it’s argued that countries suffer from sustained poverty because they lack ideas. Ideas that are available in developed countries are good enough to make the world free from poverty. Hence, due to the idea gap, poverty still persists. If we provide incentives to firms of developed countries to supply these ideas in less developed countries, poverty will disappear forever. There are two primary means of supplying ideas to less developed countries. The first one is in the form of finished consumer products. The other is in the form of capital machinery for turning natural resources, labor, and knowledge into economic output. Based on such understanding, the first policy recommendation is to reduce barriers to the entry of multinationals. The next one is to facilitate the import of capital machinery.

Of course, they will create demand for ideas of developed countries. Better-quality products will also contribute to the uplifting of living standards. But will it eradicate poverty?

By mixing ingredients like natural resources, labor, and energy with ideas, we produce economic outputs. Of course, we need knowledge. We gather knowledge to produce ideas. For instance, the knowledge about the effect of heating on food value helps us develop optimum cooking ideas. We also use knowledge to produce services. For example, knowledge professionals like medical doctors, lawyers, IT professionals, or accountants are producing services out of knowledge. We often call them knowledge workers. They are also selling labor in the form of knowledge service, though. For this reason, like factory workers, they are often paid by hours.

The labor-based value addition offers a far more democratic opportunity of the creation and ownership of wealth. An individual and a country can start getting richer by increasing the market value of its labor force. Some of the means are creating increasing employment opportunities and enhancing value creation per unit of working hours. State of trade policies, skill development, education, infrastructure, and capital machinery play a vital role in determining how much an individual or a country can earn out of labor. However, the progression of ideas keeps changing the economic return that developing countries can earn from their labor force.

Ideas make a demand for labor and natural resources transient

In the beginning, the supply of ideas leads to increasing the demand for natural resources and labor. For example, ideas in the form of sewing machines, division of apparel making into a series of discrete steps, and production lines created the demand of low-skilled labor in poor countries. Subsequently, trade policy liberalization, special economic zones for foreign direct investment, and import of capital machinery led to job creation in developing countries. As a result, people at the bottom of the pyramid got the opportunity of uplifting their economic status. In fact, many of them escaped poverty. Such success gave the impression that the import of ideas is the solution to poverty reduction.

But further progress of ideas is leading to lowering the demand for such labor. In fact, the uprising of the idea of sewbot will likely lead to taking apparel or shoemaking back to advanced countries. Hence, imported ideas of apparel making will not offer sustained income for poor people. Instead, less developed countries, benefiting from the job creation due to offshoring, run the risk of facing chaos, and reversal of their development progression.

Ideas also have a similar effect on natural resources. For example, the idea of gasoline vehicles created the demand for petroleum, making once improvised middle eastern countries rich. On the one hand, the state of the economy depends on the stock, which is depleting. More importantly, further progression of ideas for changing the gasoline engine with an electric battery or fuel cell will have far more catastrophic effects.

However, knowledge-based service delivery is also not immune to ideas. Ideas created the IT service offshoring business, bringing fortune to India. Consequentially, many people uplifted the living standard. But the further progression of ideas is automating many of those services making knowledge income generation transient.

As explained, the import of ideas offers short-term growth. Referring to such short-term growth, development thinkers and policymakers keep widening the window of idea import. Unfortunately, such measures sometimes lead to blocking the local capacity development for idea generation and trading. On the other hand, the liberalization of import of finished products and entry of multinationals keep marginalizing local producers. It does not mean that we should keep protecting them.

Neither idea import, nor protection of local producers is the remedy for developing countries to craft sustained growth path for making poverty history. Instead, they should focus on the creation of ideas and their integration with products and processes for offering increasing better products at decreasing costs. Until and unless they realize that the import of ideas persists poverty and take bold measures, sustained growth of imported ideas will remain a myth.

Moreover, neither the current stock of ideas of advanced countries can make less developed countries rich, nor will those ideas retain their economic value creation potential. Therefore, one of the grave concerns of commemoratory development thinking is that the idea import is a solution for developing countries to eradicate poverty. As a matter of that, such thinking is the root cause of sustained poverty. By following such development thinking, developing countries will always suffer from oscillation, let alone finding a sustained path of growth progressing towards developed country status.

Over the last few centuries, countries got divided into two blocks. Before the European colonization, more or less every country of the world had its own ideas for mixing objects. Unfortunately, they were not scalable, as most of those ideas were based on intuition, tacit knowledge, and tinkering. During the 17th and 18th centuries, European started acquiring scientific knowledge in developing scalable ideas. To create a market for their ideas, they also adopted patent rules. To scale up the exploitation of their ideas, they assigned natural resources, supplying roles to their colonies. They also took harsh measures to slow down the progression of the idea economy in their colonies. For example, the British chopped off thumbs of muslin weavers in Dhaka.

Upon getting independence, former colonies ventured into developing their industrial economy. Invariably, they started by importing ideas from Europe. Subsequently, in addition to the natural resources, they also succeeded in creating the demand for labor. Through a set of bold rules, however, the USA became successful in graduating from idea importers to idea suppliers. Despite the uprising after World War II, Japan had a long history of being an idea producer and supplier. However, many other former colonies like India, Bangladesh, Pakistan, Indonesia, and Malaysia could not succeed in idea supplier to the global value chains. Instead, their local economies out of ideas are getting marginalized day by day due to imported ideas. Hence the world is now divided into two halves. The first half comprises idea suppliers. They are OECD member countries. Others are predominantly supplying objects like labor and natural resources.

Idea suppliers are getting stronger– import of ideas is persisting poverty

For three reasons, idea suppliers are getting increasing dominance over the world. Ideas are contributing to increasing value in economic outputs. On the other hand, ideas are changing the market value of labor and natural resources, making object suppliers increasingly vulnerable. Furthermore, imported ideas are also destroying local idea-based economic activities of object-supplying countries.   Hence, the import of ideas persists the poverty, as opposed to offering a sustained growth path.

As explained, an idea import-driven development agenda offers a short-term boost. But, it does not offer sustained value addition capacity out of natural resources and labor in the long run. On the other hand, idea import keeps destroying local economic activities out of indigenous or grassroots ideas. Hence, the idea import driven strategy does not offer a sustained growth path. Instead, the import of ideas persists in poverty. Hence, developing countries must focus on scaling up their grassroots ideas out of scientific research.

They should proceed further to create and add ideas to capital machinery. A journey may begin with retrofitting existing capital machinery. Upon doing so, they should focus on a radical step. They should invest in R&D to generate ideas for changing the technology core of mainstream products to create entry opportunities for high-value idea trade. In a nutshell, they must get out of the idea of import-driven development thinking. Otherwise, development initiatives around the import of ideas will keep persisting poverty. 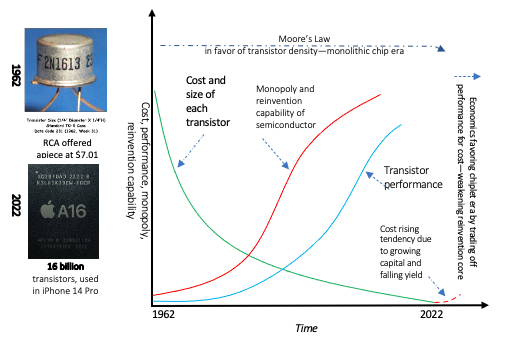