Is not startup a heroic art or Eureka moment? Does startup recipe sound absurd? Perhaps, it does. Surprisingly, there are reoccurring patterns in the journey of Carl Benz, Edison, Steve Jobs, Sony, Nichia, Microsoft, and many more. Hence, should we not form a systematic process–turning heroic art into a startup recipe?  If we do not, perhaps, that sounds insane. But it’s not a cheat sheet. It’s not about a to-do list for helping idea-stage entrepreneurs to find product-market fit by building minimum viable products right.

Startups are after finding great ideas and taking them to market for destroying existing products and disrupting the business of incumbent firms. Hence, they succeed in creating a new market and making the competition irrelevant. Yes, that is the story of Apple, Edison, Sony, and many others. But how did they find their great ideas? How did they meet Eureka moment? Or, did they flow a cheat sheet as a secret recipe?  Of course, there are many variations of startup recipes.

The genesis of startup recipe:

Of course, all these ideas, such as automobiles, light bulbs, graphical user interface, word processors, or digital cameras, have been great indeed. They have created a multi-billion- or trillion-dollar market. Furthermore, once startups like GE, Daimler corporation, Sony, Microsoft, and Apple have grown as giant corporations. All of them created a new market, a market that kept growing. And they developed a monopoly situation in those markets. Yes, that sounds perfect startup success story.

But how did they get those Eureka ideas? Invariably, in the beginning, none of them was a Eureka idea. They emerged in primitive form, with loss-making revenue. But why did those startups get into the mission of suffering from a loss? The underlying answer is typical: empathy in finding better alternatives to get jobs done better. That empathy led to reinvention and scaling up the reinvention waves into the startup success story. That is a cheat sheet or recipe for the startup—empathize, reinvent, and scale.

No rational people would suggest taking away resources from profit-making activities to unknown, unproven loss-making ones. Invariably, excellent startup success stories have done that. And they stick to it even for decades, accumulating loss. The underlying force has been empathy. They strongly felt the urgency of finding a better alternative. Due to their deep desire, incremental product advancement around the same technology core could not make them complacent. For example, any amount of incremental advancement could not make Carl Benz happy to get rid of horse manure. Similarly, the improvement of text command-based interface could not make Steve Jobs happy to let people use computers without typing commands.

Hence, entrepreneurs of those successful startups kept looking for alternate technology cores for reinventing products. Unfortunately, reinvention emerged in primitive form, and it does even today. For example, in the 1980s, a digital camera gave instant images, but the image quality was poor. Similarly, the user interface of Apple’s Macintosh was anything but slow. LED light bulb in the 1980s was far more inferior than incandescent and CFL bulbs. And the list goes on.

Hence, the commercialization of the reinventions started the journey at a loss. Due to it, incumbent firms busy producing mature products and profiting from them kept ignoring those primitive alternatives. But these startups had a solid desire to refine the primitive emergence of reinventions to make them better options. Therefore, whatever they had deployed to keep refining technology cores and products innovated around them.

Scaling the reinvention for turning the loss-making beginning into profit:

Economies of scale refer to reducing the cost per unit by increasing the volume. It happens due to the spreading of the upfront cost or capital expenditure on the growing number of units. But reinvention does not offer this opportunity in the beginning. This is due to the fact that the variable cost of the reinvention core is higher and quality is lower. For example, still today, the cost of each battery pack for making an electric vehicle is higher than the gasoline engine. But the perceived value of EVs is still lower than their gasoline counterparts. Startups in pursuing the idea of automobile, GUI-based PC, digital camera, LED light bulb, solid-state memory, or LCD television faced the same situation. Hence, the conventional definition of economies of scale does not turn loss-making reinvention into startup success.

Creating scale effect in reinvention hinges on startups’ ability to produce ideas and integrate them into products and processes to address a conflicting situation. The same idea should increase the quality and reduce the cost—the ultimate startup success factor.

Many people may have empathy, passion for perfection, and a risk-taking appetite, but no personal traits or risk capital will create success if the scale does not show up.

For example, the digital camera was poor and costly in the beginning. But the technology core was amenable to progression in improving the quality and reducing the cost simultaneously. It happened due to the development of photolithography technology in reducing pixel size, increasing the count, reducing the noise, and improving the yield. Similarly, Apple’s Macintosh got out of loss due to the advancement of underlying Motorola’s 65000 series processor. The same thing happened to the LED light bulb, lithium-ion battery, or word processor software.

Valuation-driven digital startup recipe—is it based on a wrong thesis?

We have been witnessing exponential growth in startup numbers all across the world. Instead of operating from the garage, these startups are now burning millions and billions for accumulating losses to be unicorns. Are these startups, at the dawn of the 21st century, different from some of the success stories we witnessed in the 20th century?

To begin with, there are two common characteristics. First of all, startups in the digital age are reinventing existing products by changing the mature technology core with a new one—the digital technology core. Like in the past, reinvented digital alternatives are starting the journey with a loss. Surprisingly, these primitive digital alternatives, like app-based ride-sharing, demand scale effect through refinement. But in this new era, the valuation of startups has changed from creating scale effect out refinement to making the scale-out of subsidies. Hence, this new generation of digital startups is after tons of money to buy customers and grow market share to increase the valuation. Therefore, their success has been picking the title of the unicorn, with growing accumulated loss. For sure, this is the wrong thesis to create startup success stories.

But why are people after this insane game? First of all, most of us believe in Eureka, heroic art. Second, fund managers get a commission for each dollar they disburse to startups. And people of startups get salaries and other benefits for burning the fund in buying customers. More importantly, growing customers increase the valuation, making it easier to raise more investors’ funds. But where will it lead to? Only one way—burning investors’ money. In cases, cheating customers could be the end goal.

After making all these deliberations, let’s now summarize our learning. Startup recipe is about having the empathy of (i) creating better alternatives through reinvention—(ii) around technology cores that are amenable to progression– and (iii)creating scale effect out of it for creating a new market by destroying the demand of mature products and turning loss into profit, and doing it far better than others—making the competition irrelevant.

Hence, this startup recipe is not a cheat sheet for quick success out of the shortcut. It demands empathy, passion for perfection, robust technology and innovation management capability, and speedy scale effect creation in reinventions of mature products. The question could be, did all those startup success stories know and follow this recipe? Perhaps, no. But their success stories have unfolded reoccurring patterns indicating that the situation compelled them to create this recipe. This startup recipe is learning from reflection. 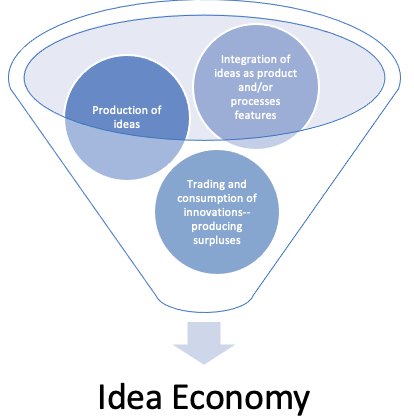