For sustained growth, we need a profitable scope of market expansion. But invariably, all great ideas begin the journey in an inferior form, creating a very low willingness to pay among a small group of customers. Due to this reality, the journey starts at a loss. Consequentially, due to loss-making production, neither the products nor the firms can have sustained growth. Hence, how to craft sustained growth of both the products and firms in producing them has been a grave challenge.

Incremental Innovation for Increasing the Quality and Reducing the Cost:

Despite the sustained growth of volume and profit, smartphones started the journey as loss-making IBM’s Simon. Similarly, the Automobile began the journey as a three-wheeler, and a 5MB hard disk emerged as a 1-ton machine. And word processor appeared as a $12,000 dedicated computer. Hence, for sustained growth, all these products faced the challenge of improving functionality and performance and decreasing cost. Therefore, innovators embarked on incremental advancement, creating a demand for a flow of ideas.

For systematic idea flow, innovators rely on empathy and passion for perfection to get to know what improvements are to be made and how to make them. To support it, underlying technology cores should be amenable to advancement, improving the quality and reducing the cost simultaneously. For example, innovators succeeded in incrementally growing data density due to the scope of increasing exploitation of science and precision engineering. Similarly, smartphones started getting cheaper and better because of the scope of improving the LCD, underlying processor, and software running on it. But as every technology core shows an S-curve-like life cycle and perceived value from the advancement of features also offers a similar pattern, incremental innovation faces the limit of sustained growth.

To keep growing out of incremental advancement, firms face the sustaining challenge in the competitive market. Due to the effect of replication, imitation, and innovation of competitors’ offerings, innovative products suffer from the erosion of willingness to pay. As a result, both the sale and profitability suffer, negatively affecting the sustained growth of both the products and the firms. Hence, innovators need to overcome the challenge of sustaining innovation in the competition space to sustain growth.

Although intellectual property rights help slow down competitors’ responses, that is not sufficient. Instead, a far better effective strategy has been to keep releasing successive better versions, offering increasing value for money to the customers. Of course, competitors are going to respond by releasing better versions. Consequentially, there has been a race to sustain innovation in the market. Hence, firms must do well in the race for sustained growth. Otherwise, advancement will come to an end. For example, in the 1980s, there were as high as 85 hard disk makers. But by 2010, only three succeeded to remaining in the race. Due to the same reason, 3D NAND flash memory makers have come down from 20 in the 1990s to 6 during a span of 25 years.

To support incremental and sustaining innovation, upfront R&D and capital expenditure increase, often exponentially. But fortunately, the cost of replicating ideas stemming from R&D in each output unit is negligible. Hence, there is an opportunity to reduce per unit R&D cost by creating a growing market, resulting in a scale effect.

For sustained growth, TSMC has been moving towards decreasing silicon chip dimension. Consequently, the plant cost has exponentially grown, reaching $18 billion for a 3nm node from $15 billion for 5nm. On the other hand, in the early 1960s, developing a photolithography machine was a pure engineering design and construction problem. But for sustained growth, ASML had to invest more than $10 billion over 20 years to release extreme ultraviolet (EUV) machines for sub 10 nm chip dimension. Hence, ASML faces the challenge of selling a growing number of EUV machines to minimize the per-unit R&D cost.

Innovators should also take scope advantage to reduce the per unit R&D cost. They should focus on developing a family of products to reuse the same R&D outputs among the family members. Innovators should also exploit positive externality effects through suitable ideas so that perceived value keeps growing with the growth of the customer base.

To get jobs done better, customers prefer to have fewer products. Hence, there is a scope for unification to improve the quality and reduce the overall cost. For example, in the early 2010s, customers used to carry five major digital devices: (i) mobile phones, (ii) PDA, (iii) still cameras, (iv) video cameras, and (v) portable music players like Walkman or iPod. But the scope of unifying them due to the advancement of silicon and software opened the opportunity of offering increasing value from the mobile handset. Hence, mobile handset makers focused on the progressive unification of these and many other devices, offering sustained growth to the smartphone.

The sustained growth strategy demands the progression of each of the components. Often, a single firm can’t keep progressing each of them in outperforming the competition. For example, Apple sources components from more than 200 suppliers. Suppliers’ continued advancement of many components has played a pivotal role in Apple’s sustained growth. For example, Apple relies on TSMC’s process technologies progression to produce its increasingly high-performing chips.

Similarly, Sony has been playing a vital role in improving image sensors to sustain the iPhone’s edge. There have been many such examples in Apple’s supply ecosystem. Therefore, there has been a necessity to develop a sustainable suppliers’ innovation ecosystem to support sustained growth of the products and the firms.

To support sustained growth, innovators face the challenge of overcoming saturation and Kodak moment. Advancement of a product distills from the advancement of each component and their integration as a whole for increasing perceived value. But more or less, all of the components face an S-curve-like life cycle. Furthermore, the perceived value from the advancement also shows an S-curve-like pattern. For example, further display size and resolution advancement do not create a higher willingness to pay. Consequentially, growth slows down at maturity, showing S-curve-like behavior. To overcome it, innovators need to find a new path of growth. Often it takes place through reinvention. Furthermore, failure in pursuing it poses the risk of suffering from Kodak moment. Hence, sustained growth demands timely self-reinvention.

As we all know, sustained growth is a dream for every firm. But to attain it, the products the firms have been producing should have sustained growth potential. The next challenge has been to exploit it through various means. Some are incremental and sustaining innovation, creating scale, scope, positive externality effects, progressive unification, and self-reinvention. 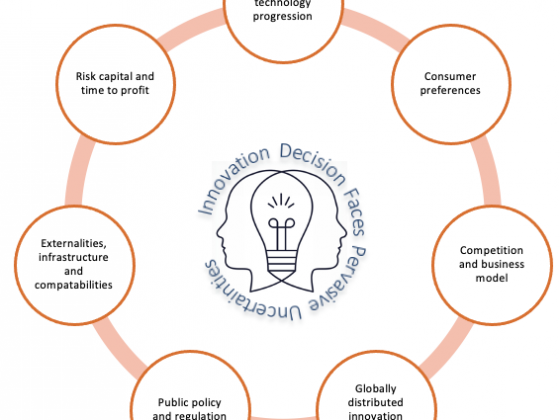 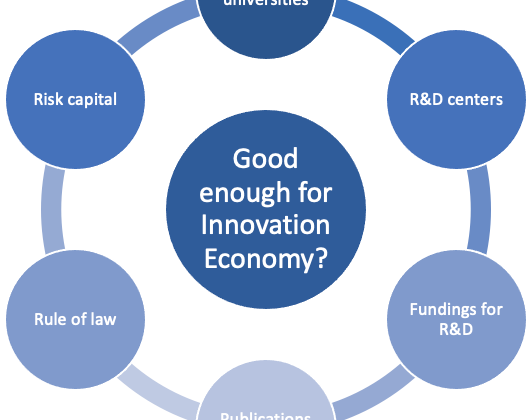 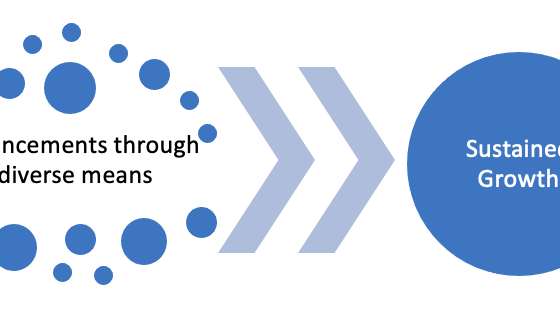 Sustained Growth — how to attain?